After three increasingly Ferrari dominated years, the 2003 Formula 1 season was blown open as Michelin runners McLaren and Williams made it a three-way fight with Renault not far behind.

But just as either Williams's Juan Pablo Montoya or McLaren's Kimi Raikkonen seemed poised to halt Michael Schumacher's run of titles, a tyre controversy erupted and prompted a crucial change.

Chain Bear explains an intriguing saga that played a big part in Ferrari staying on top after all. 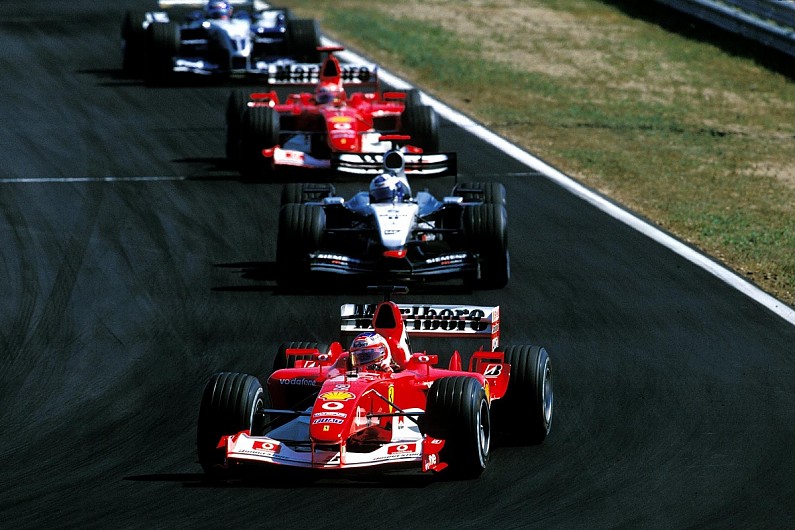