Max Verstappen's loss of power in Italian Grand Prix qualifying was caused by excessive wheelspin triggering the activation of a Honda Formula 1 engine protection mode and an FIA system.

The Red Bull driver failed to set a time in the first part of qualifying when he reported "no power" exiting the first chicane.

He returned to the pitlane at the end of that lap and will start the race at the back of the grid, behind other drivers who have engine penalties this weekend.

He said that triggered a spike in engine revs and caused both a "Honda protection mode and then an FIA system to cut in and reduce power".

Verstappen was second-fastest in final practice at Monza, where he is using Honda's upgraded Spec 4 engine for the first time. 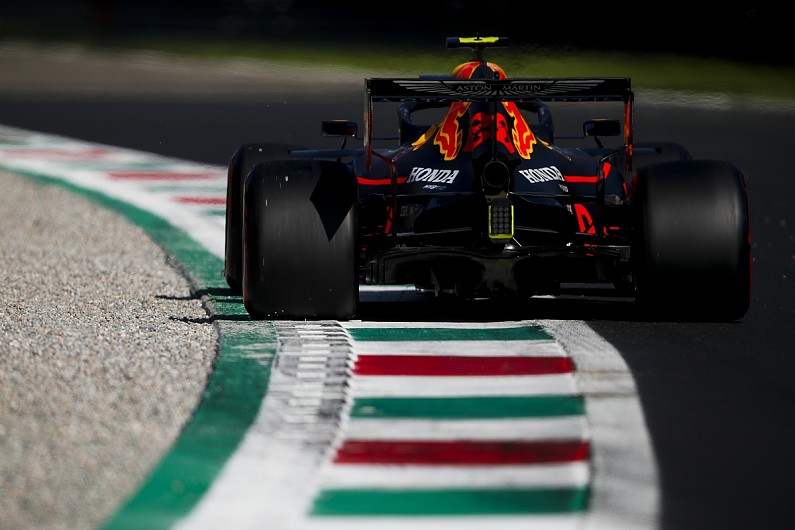 Alex Albon only qualified seventh, surprisingly behind both works Renaults, although he was one of many drivers not to get a second flying lap in a farcical end to the session.

While Verstappen was left to bemoan his problem, he does not anticipate a recurrence.

"I've done my long runs, so I'm pretty confident," said Verstappen. "It has never happened before in the race."

Verstappen is also hopeful there will be no repeat of his complicated startline issues from the Belgian Grand Prix.

"I had a few starts this morning and they felt good. I think there is room to improve, you never have a perfect start," he said.

"It was pretty decent, but of course starting from the back it's not really highlighted."