Norris has previously explained that he grew up as a Rossi fan, and wanted to pay tribute to the nine-time MotoGP champion as F1 returned to Italy.

The helmet and boots for the Monza weekend feature Rossi's trademark sun logo and the blue and fluorescent yellow colours that he has carried throughout his career.

When asked by Autosport about his decision to run Rossi's colours, Norris said: "I've always loved doing my own kit.

"In karting I used to have different helmets, suits and boots, sticker kits - but you get more limited with what you do in car racing.

"But even now, for the races I can, I want to have a special helmet or boots or something. "I spoke to Valentino quite a while ago, just on social media, trying to sort this - because I obviously had to ask him if I could do that.

"It was an opportunity to make this race more special and more of a one off and something to remember it by, and that was by having more of a connection with Valentino, the guy I've always looked up to, my hero.

"So it is more of a dedication to him than anything else."

Last winter, Norris said that he could have taken Rossi's famous #46 for his own in F1, but did not do so because he did not want to copy his idol.

Norris has used several Rossi-inspired helmet liveries throughout his motorsport career (see below). 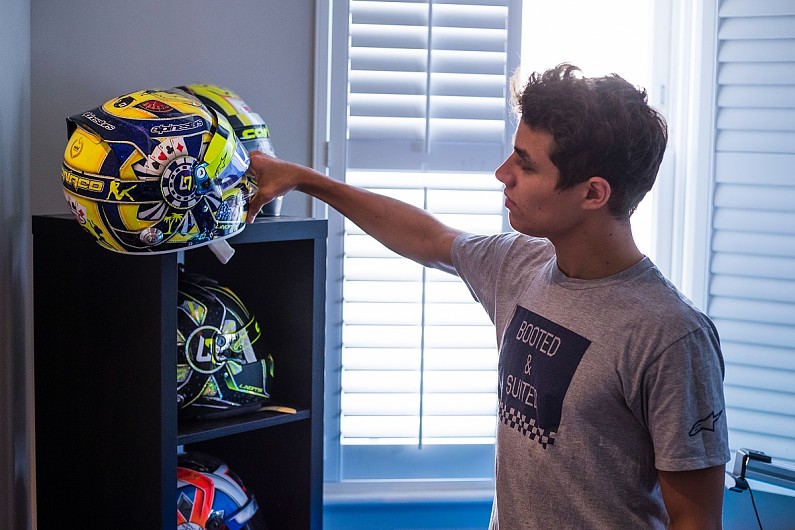