Lance Stroll will revert to his previous-specification Mercedes Formula 1 engine ahead of qualifying for the Canadian Grand Prix after his fiery failure in final practice.

The Racing Point driver was completing his installation lap on Saturday morning in Montreal when a burst of flames emerged from the rear of his car as he approached the pitlane.

He did not take further part in the session after the problem, which has been confirmed as an internal combustion engine failure in his new 'Phase 2' Mercedes engine.

Mercedes' works cars and its customer teams Racing Point and Williams all have the new-spec engines fitted for the first time this weekend.

It is not known if Mercedes will need to take precautionary action with the other five cars that have the new-spec engine following Stroll's failure.

Stroll had also taken a new MGU-K before the start of third practice. 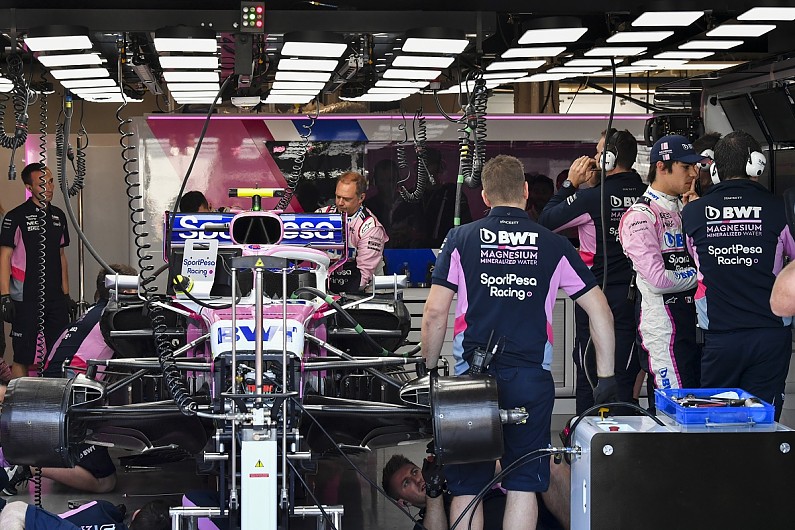 Racing Point is now in the process of replacing the failed Phase 2 engine with the one Stroll has completed the first six grands prix of the seasons with.

Stroll will therefore not use a third engine, which would have completed his allocation of penalty-free engine changes already.

But he will be completing the weekend with a high-mileage engine that will have naturally suffered an element of degradation so far this season.