Mercedes will continue to evaluate of Ferrari's different Formula 1 aero concept, despite its success in the season-opening Australian Grand Prix.

The launch of the 2019 challengers revealed that Mercedes and Ferrari had come up with vastly different new front wing concepts.

While Mercedes has pursued a maximum downforce approach with high flaps, Ferrari has opted for a design that swoops down towards the endplates to better manage airflow around the front tyres.

Mercedes said at the start of the second pre-season test it would need several months to switch to a Ferrari-style concept, as doing so would require a near-total overhaul of its aerodynamic concept. 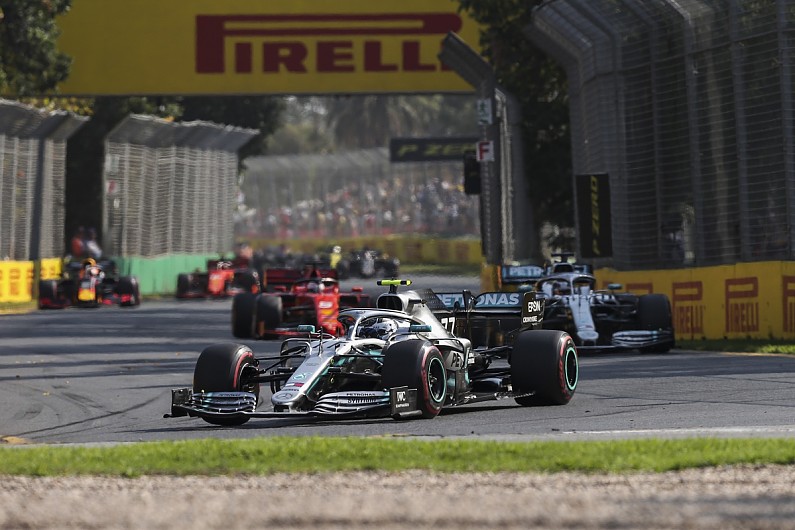 But although Mercedes' one-two finish at Albert Park last weekend means there is now less pressure to make a change, team boss Toto Wolff said the outfit needs to remain open-minded about what other teams are doing.

Wolff said Mercedes has not ruled out bringing updates that shift Mercedes more towards the Ferrari concept later in the campaign, if it proves to be better longer term.

"I think you need to evaluate all the various philosophies that are out there," said Wolff, when asked by Autosport whether Mercedes would still evaluate Ferrari's concept.

"You must stay open-minded and humble about your own way.

"But, at the same time, you must follow what you think is right and don't let yourselves be confused.

"We just look at the various concepts and continued to stick to our philosophy. But you might see different aero parts throughout the season at different tracks."