Hamilton was left chasing answers after the F1 season opener in Melbourne, having been unable to match team-mate Valtteri Bottas.

Polesitter Hamilton came home more than 20 seconds adrift of his dominant team-mate, who also snatched the new bonus point for fastest lap with a time 0.477 seconds quicker than Hamilton.

Following post race checks, Mercedes revealed that Hamilton had suffered damage to the floor in front of the left rear tyre.

It is unclear whether this was caused by hitting debris or running across a kerb.

The team believes that the missing chunk of floor will have exacerbated the challenges that Hamilton faced in trying to chase down Bottas. 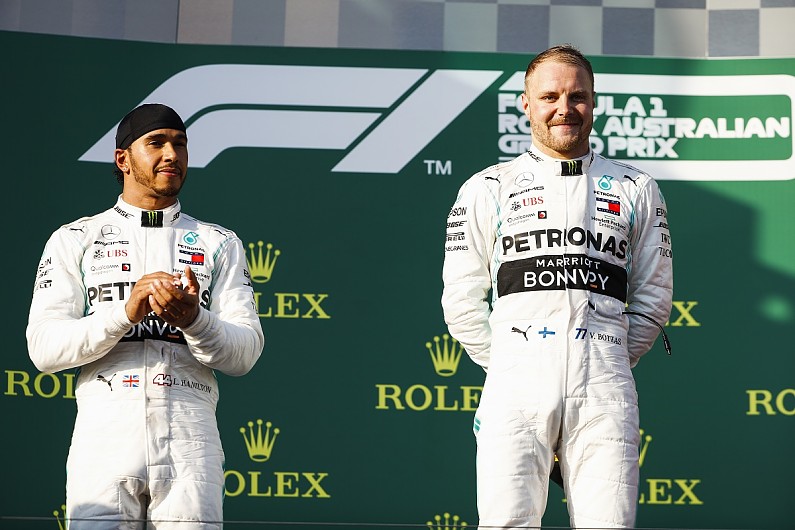 Speaking immediately after the race Hamilton said that he had some ideas about why he had struggled with his car, having not being totally happy with its balance.

"Valtteri did an exceptional job throughout the race so congratulations to him," said Hamilton. "After that it was just about bringing the car home.

"I wasn't entirely happy with the balance I had but it wasn't the end of the world. It wasn't a problem for me to finish second."

Hamilton had been fastest in all three practice sessions in Melbourne, before taking his sixth straight pole at the track.