The Ferrari Formula 1 team has tweaked the design of its halo mirrors, following the FIA's declaration that the support winglets that appeared over them in Spain were illegal. 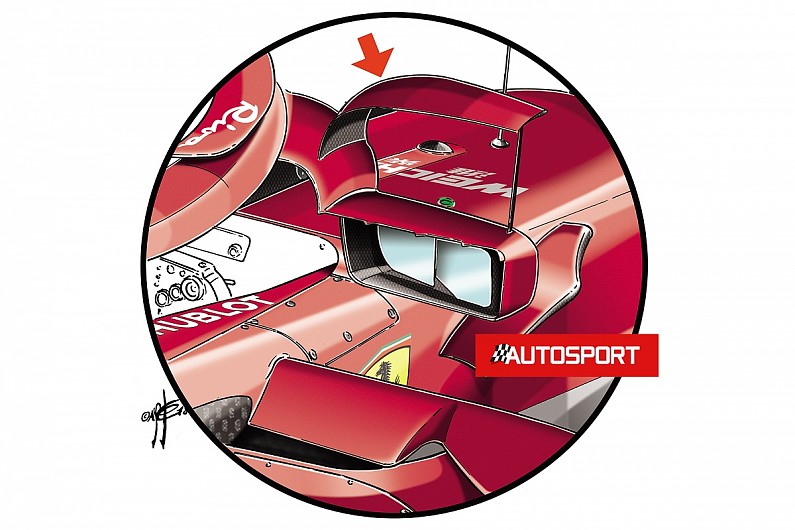