Daniel Ricciardo has given Red Bull's new 2018 Formula 1 car its first shakedown run, during a filming day at Silverstone on Monday.

Despite bad weather at the British track, Ricciardo was able to help his team become the first to run a 2018 car on track.

Due to the nature of a filming day, Ricciardo will be limited to just 100km of running at Silverstone, but it should be enough to iron out any early niggles prior to the start of official F1 pre-season testing at Barcelona in Spain next week. 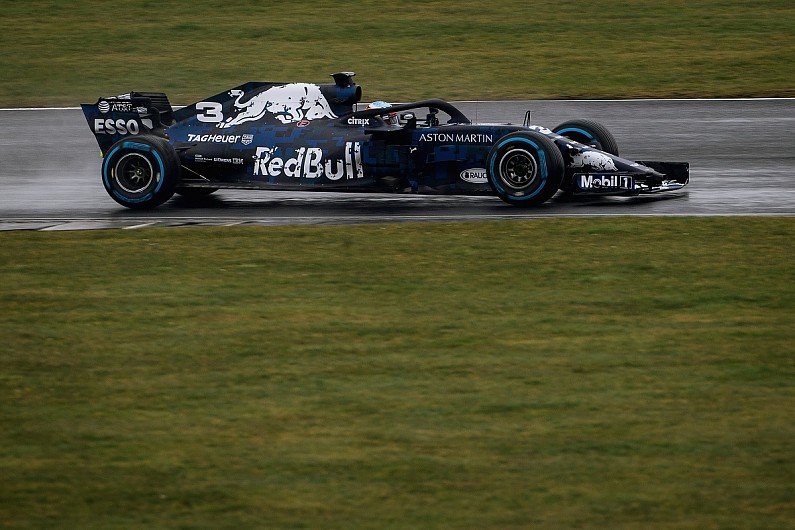 The RB14 is running in a test livery for now, with its definitive 2018 design set to be revealed ahead of proper running next week.

The car features a number of intriguing design concepts - with some particularly aggressive solutions around the sidepods.

Red Bull is the first team to reveal real-world images of a 2018 car, with last week's Haas and Williams reveals featuring digital renderings of their new machinery. 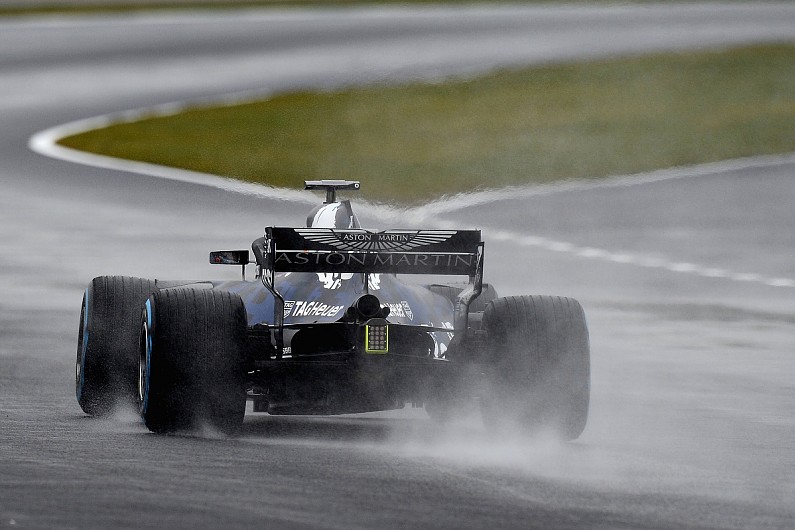