Fernando Alonso is now up to a 40-place grid penalty for Formula 1's Azerbaijan Grand Prix after further engine component changes on his McLaren-Honda.

Alonso had arrived in Baku well aware that he was set for a penalty as the result of the introduction of an upgraded MGU-H and turbocharger for practice.

But he was also facing the prospect of further penalties for a switch of internal combustion engine too after Friday, a knock-on consequence of his late failure in the Canadian GP.

While tests of an upgraded 'spec 3' version in Friday practice involved using part of the pool of four engines Alonso is allowed for the season, the decision to take a new 'spec 2' engine for Saturday onwards has forced more penalties. 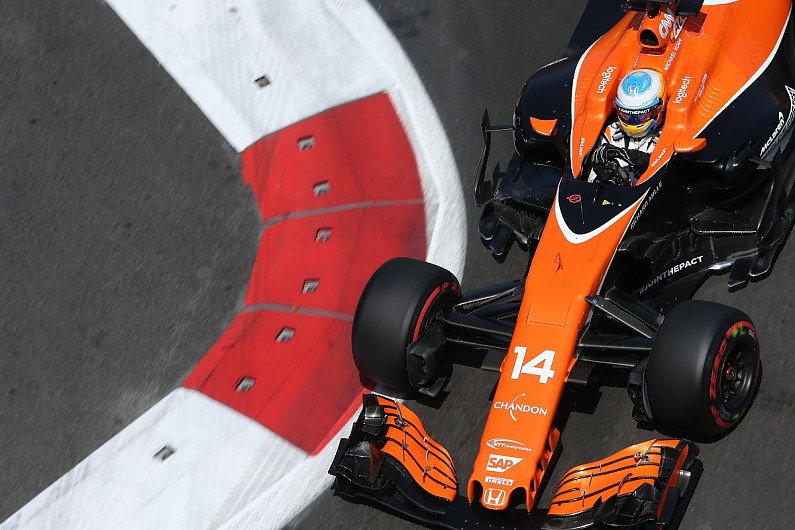 As well as the ICE change (his fifth of the season), Alonso will get a new MGU-K, MGU-H and turbocharger - all of which adds a further 25-grid place penalty on top of his original 15 places.

Alonso's team-mate Stoffel Vandoorne will have a 30-place penalty, as an extra MGU-H and turbocharger added a further 15 places on top of his original penalty.