Mercedes says it is undecided about adopting a full shark fin on the engine cover of its 2017 Formula 1 car, after trialling a radical, raised T-wing at Silverstone on Thursday.

The concept is very different to the solutions adopted by other F1 teams, with the cars launched so far all featuring a more standard shark fin to help channel airflow over the rear wing. 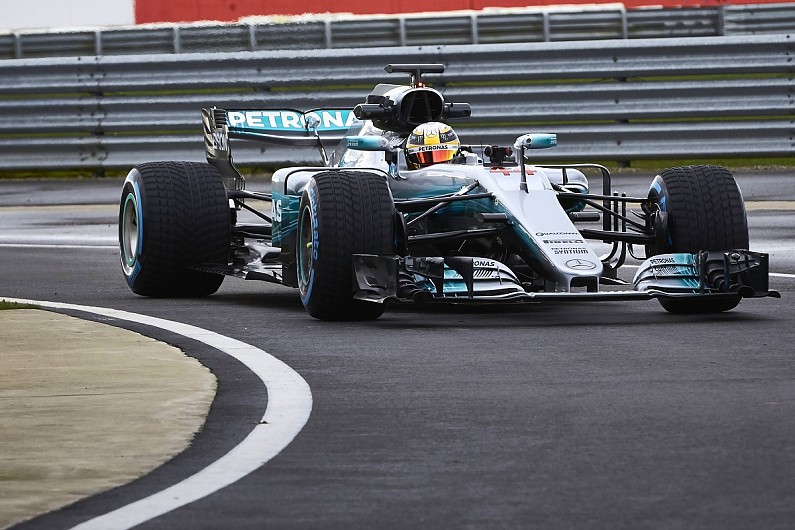