McLaren boss Ron Dennis is convinced Kevin Magnussen has what it takes to be a Formula 1 world champion following the Dane's sensational grand prix debut in Australia.

Magnussen, the reigning Formula Renault 3.5 champion, finished his maiden F1 race on the podium, coming home in third position before being elevated to second thanks to Daniel Ricciardo's disqualification.

Dennis said he has no doubts about the potential of Magnussen, 21, who also impressed by outqualifying team-mate Jenson Button in tricky conditions.

"He has all the ingredients necessary to win the world championship but he has to be in a competitive car," said Dennis.

"One race is one race. We will see how four races go.

"But I don't have any concerns about his temperament, his focus or his commitment. And he is prepared to make whatever sacrifices are necessary - that is very clear.

"He has a phenomenal mentor in Jenson, they get on very well. He will keep Jenson honest."

Dennis said the Dane's performance also justified his promotion to the team at the expense of Sergio Perez.

"I don't think he could have done a better job," Dennis said of Magnussen.

"He made no mistakes at all throughout the weekend. He never put a wheel off the track, followed all the instructions but pushed very hard at the right times.

"I have nothing but praise for him. Third place [on the road] in your first grand prix, with the complexity of the regulations [and] a challenging qualifying in both wet and dry conditions - who could ask for more?

"It justified the selection process.

"Giving him the opportunity, [it] is always difficult to take those decisions as you can be wrong, and I am pleased that this one was right." 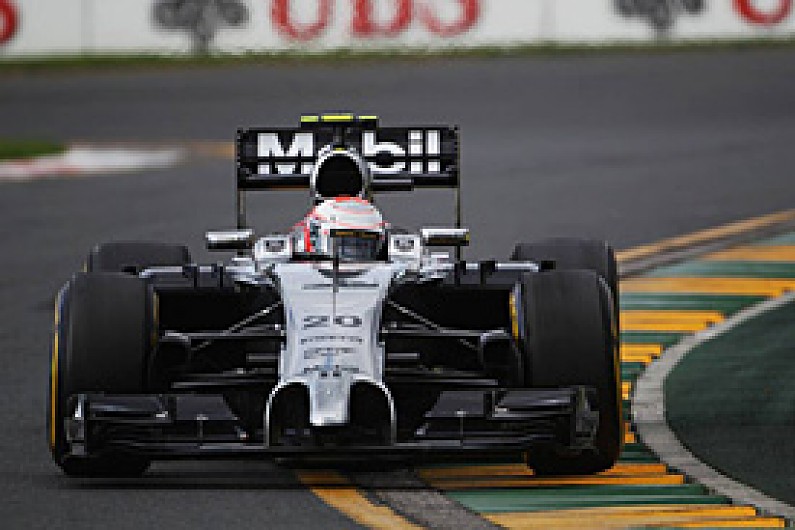 Dennis, who regained the helm at McLaren earlier this year, admitted he had stepped in to make sure Magnussen was signed in place of Perez, hired by former team principal Martin Whitmarsh for the 2013 season.

"Sometimes only one person can take that decision - in this instance it was me because there were a range of issues," he said.

"There were a few occasions when I stepped in during 2013 and that was one of them."

Magnussen is only the 17th driver to finish on the podium on his world championship grand prix debut, and one of only nine drivers to reach the top two.

This list disregards the anomalous Indianapolis 500s of 1950-1960, which did form part of the world championship.