Ferrari has revealed its 2014 Formula 1 car, the F14 T, that it hopes will allow it to fight for the world title this year.

The Maranello-based team's 2014 challenger features a different nose approach to the other 2014 cars revealed so far, with a much flatter concept.

Ferrari has retained its pullrod front suspension concept in the new design.

The new car is the first that will have been influenced by incoming Ferrari technical chief James Allison, who arrived late last year following his switch from Lotus.

The car is scheduled to run in public for the first time at Jerez in Spain next week.

Ferrari is hoping that the change in regulations this year, with the arrival of 1.6-litre turbocharged engine, will help it finally deliver the world championship that has eluded it in recent years.

Last season proved a disappointment when, after starting the season with a competitive car, it failed to maintain a good enough development rate during the campaign.

As well as the all-new car for this year, Ferrari has welcomed back Kimi Raikkonen who replaces the Williams-bound Felipe Massa.

What do you think of the Ferrari F14 T? Share your view on the AUTOSPORT Facebook page or in the forum 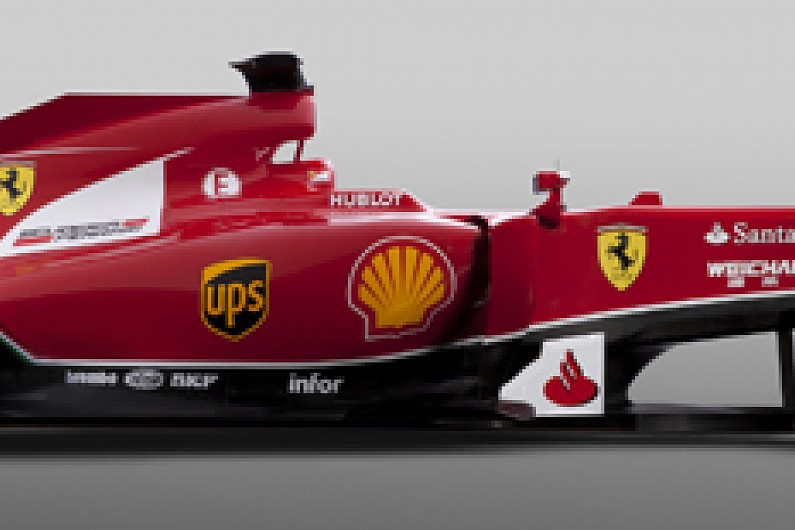