Esteban Gutierrez will remain with Sauber for a second season in 2014, the team has announced.

The 22-year-old Mexican will partner Adrian Sutil, whose signing was confirmed last week, at the Swiss outfit.

Russian Sergey Sirotkin, who was originally destined to race next year, has instead been appointed test driver.

"I am happy to be able to continue as a driver for the Sauber F1 team," said Gutierrez.

"It was a steep learning curve last season, but by working closely with the team I was able to improve continuously.

"It will be my fourth year with the team, the second as a racing driver, and I feel comfortable in taking the next step.

"The technical challenges in 2014 will be massive. Therefore, it will be even more important to know well the people you are working with.

"I will do my very best to improve even more and support the team the best way I can."

Gutierrez appeared unlikely to remain at Sauber as the end of the season approached, but the way the driver market played out, with team targets Pastor Maldonado and Sergio Perez signing for Lotus and Force India respectively, worked in his favour.

This, combined with the extension of Sauber's substantial backing through its partnership with Telmex, ensured he could stay on.

"We at Telmex and Telcel are very proud to continue being part of Sauber to keep consolidating our successful history in motorsport, particularly in Formula 1 and our driver development programme for Mexican and Latin drivers such as Esteban Gutierrez, a great young talent, friend and human being," said Telmex chairman Carlos Slim Domit. 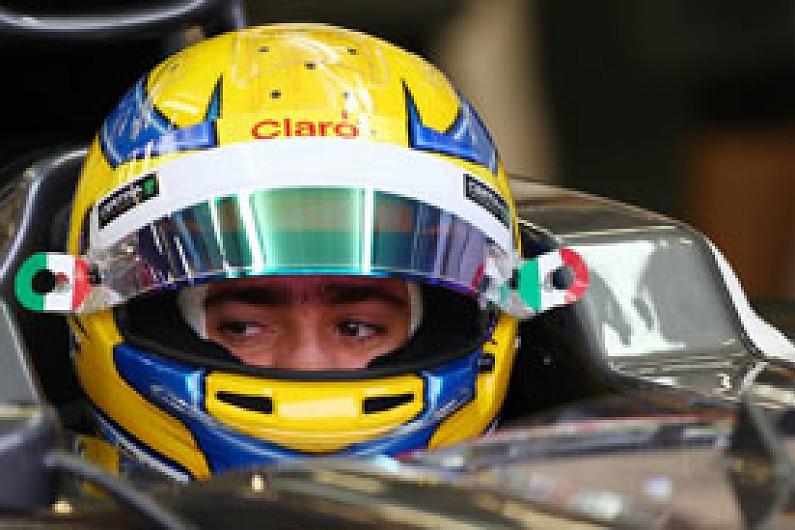 Team principal Monisha Kaltenborn believes Gutierrez has the ability to gain consistent results in his second year of F1.

He only scored points once in 2013, for a strong seventh place in the Japanese Grand Prix.

"Last season he experienced first-hand how hard it can be for a rookie to step into Formula 1," said Kaltenborn.

"Nevertheless, throughout the season he improved significantly in qualifying as well as in the races and finished the season as the best rookie in the drivers' championship.

"Often the results didn't fully reflect his performances. I am confident Esteban will be able to use his experiences to gain results and this will be helped by the fact he is very well acquainted with every member of the race team."