AlphaTauri has no plans to delay the switch to focusing on next year's Formula 1 car despite making a strong start to the 2021 season.

AlphaTauri finished seventh in last year's constructors' championship, but looks to be in contention to break into the top five in 2021 after showing impressive pace in Bahrain and Imola.

Pierre Gasly qualified fifth for both races, and although the team only scored eight points across the two rounds, it appears to have a pace advantage over rivals Aston Martin and Alpine.

Gasly fought back to seventh after a strategy miscue at Imola caused him to drop down the order early on, while team-mate Yuki Tsunoda was able to score points on debut in Bahrain, showing the pace of the AT02 car.

AlphaTauri technical director Jody Egginton said the team was "firmly in the midfield" currently, and is targeting P5 after feeling it has made a step forward compared to last year.

"Our target is to mix it for fifth in the championship, that's what we're aiming for," Egginton said.

"Whether we're solidly there or not yet, it's too early to say. But I feel the car is more competitive than last year.

"We achieved most of our technical objectives over the winter, and they were targeting closing the gap and making the car better performing and operate over a wider operating window.

"I wouldn't be naive enough to sit here now and say, 'watch this space, we're going to show them all how it's done', because that's not the case.

"But we seem to have taken a step at the moment."

Most teams are currently splitting resources between developing their 2021 cars and preparing for 2022, when an overhaul of the technical regulations threatens to shake up the pecking order. 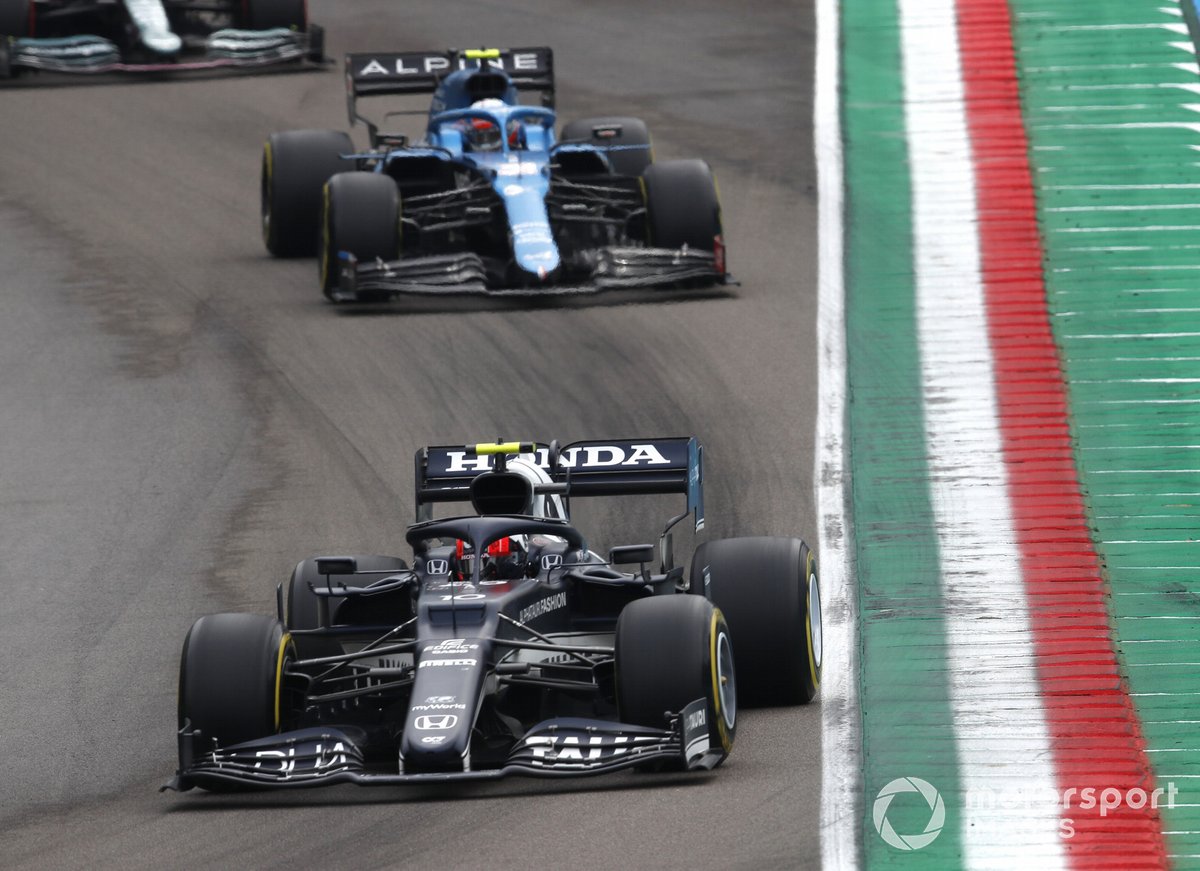 But Egginton said AlphaTauri would not divert from its original plan on when to fully focus on the 2022 car despite the opportunities that could be on offer this year.

"Not in my mind, in all honesty," Egginton said when asked if a change of plan was a consideration.

"As good as all this is, 2022 is a massive project, and personally, as the leader of the technical group, I don't feel there's any compromise to be had on next year's car.

"We've got to make that deliver. The challenge is to maximise what we do with this car, given the resources we're going to have on it, and as we migrate resources over to the other car.

"There's a lot of resource in the technical group being assigned to the new car already. We're not putting all our eggs in one basket in the belief that this is our opportunity. We're trying to get better ever year.

"We look like we were better this year than last year, and last year than the year before. And the same is true for '22. We want to take the next step. I don't feel it would be accepted if we turned around and compromised next year."