George Russell says he, Mercedes and Williams all want his Formula 1 future beyond 2021 decided before this year’s summer break.

The Williams racer has been heavily linked with a move to the Black Arrows squad, where he has been part of its junior programme since 2017, for 2022, following his starring performances for Williams and his near-win in the 2020 Sakhir Grand Prix.

If Russell were to join Mercedes, he would likely do so either as team-mate to Lewis Hamilton, with Valtteri Bottas leaving the squad, or in place of Hamilton if the world champion decides to retire or exit the team at the end of his one-year deal for 2021.

Hamilton has also said “it would be great to get something in place before the break” about continuing with Mercedes beyond this year.

Speaking to Autosport in an exclusive interview included in full for this week’s Autosport magazine, Russell said: “I think, naturally, we all want something decided either way by the summer break, really.

“I think it's in everybody's best interests.

“But to be honest, I'm really not pushing the subject with anybody really - with Mercedes, with Williams. Because I am purely just focused on my job here.

“And I know that, as I've always said, if I perform to my potential [that I] believe I'm capable of, you're putting yourself in the shop window.

“And I think that race in Bahrain gave me a unique opportunity to almost prove it.

“Whereas, prior to that, it was always a small unknown - because of the situation I found myself in [with Williams].

“So, I'm really not pushing the subject. Just enjoying every single race, enjoying where I find myself. 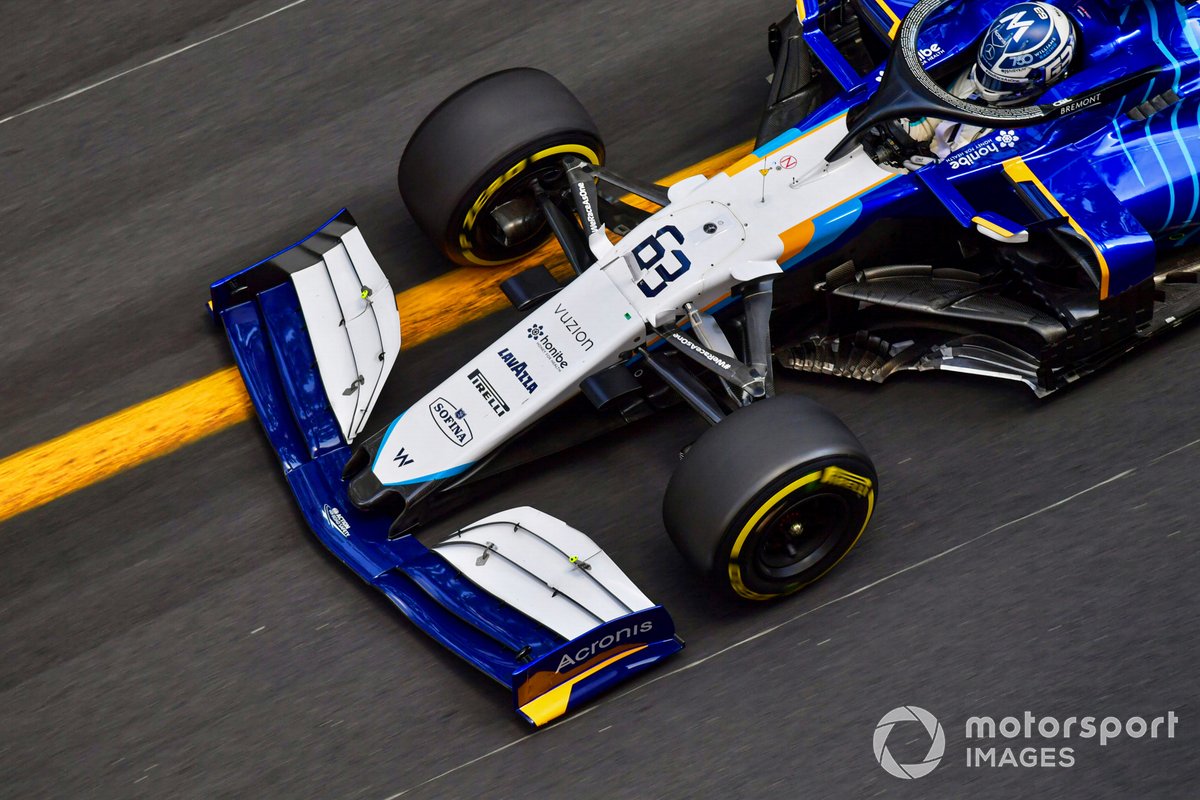 “But I think it's really exciting that Lewis has openly been talking about the next couple of years. And it's clear that he's still performing at an incredibly high level.

“I think it will be amazing for the sport, and for Mercedes, if he were to continue. And obviously, as any young driver, you want to go against the best. And Lewis is the best.”

When asked if a decision “either way” meant there was a simple choice to be made between Russell joining Mercedes for 2022 or remaining with Williams for a fourth successive season, he replied: “I mean, obviously, there's a lot of talk about a promotion to, or 'a move', I should say, to Mercedes.

“But I think for all of us at the end of the day – Mercedes do manage me, and they do want the best for my career. They are in a unique position, in that sense.

“But they just want the best for me. And if they believe I deserve the opportunity, then it'll be there.

“If they don't believe I deserve it, then they will find me a seat somewhere where I can continue to develop.

“But I feel like I'm ready to fight for world championships and fight for victories.

“I feel ready right now to be able to do that, let alone with another year under my belt by the end of this season.

“So, wherever I find myself next year, I want to be in a car that will give me the chance to win races.

“Because I didn't fight my whole career to get to F1 to be fighting for 15th and 16th.

“I fought my whole career to get here and to win. And that's what I'm so focused more than ever on doing.”

The full interview with Russell will be featured in the 3 June issue of Autosport magazine, which will be available in shops and to subscribe online here: www.autosportmedia.com.