Timmy Hansen reckons his Extreme E rivals voted for him and Andretti United team-mate Catie Munnings to start the Saudi Arabia final on pole because they were the “underdogs”.

Extreme E has incorporated a ‘Grid Play’ element that allows the public to vote for the team they want to start the last race on pole.

For the squads that do not progress to the final, they can pass on their percentage of the vote to one of the three teams that has qualified.

Lewis Hamilton’s X44 outfit was a clear winner of the fan vote, with Rosberg X Racing gaining the second-most support and then Andretti United was a distant third.

However, the Anglo-American squad was promoted to pole position thanks chiefly to the backing of Jenson Button’s JBXE team and that of Carlos Sainz Sr’s Acciona Sainz concern.

Asked by Autosport why he felt Andretti United had been picked over X44 and RXR, Hansen quipped that team co-owner and McLaren Racing boss Zak Brown had offered a discount on the marque’s sportscars.

The 2019 World Rallycross champion also reckoned it was down to preventing the pre-race favourites from stealing an early march in the points.

“We were handed a lot of the votes from the other teams, so I'm really thankful that they did that,” said Hansen.

“I have a lot of beers to buy to the other teams. Maybe [it’s because] we came in as the underdogs after qualifying.

“None of the other teams want any team to run away in the championship. So, I think it is really that we were the underdogs.

“Also, I think Zak had to give away cheap McLaren cars.” 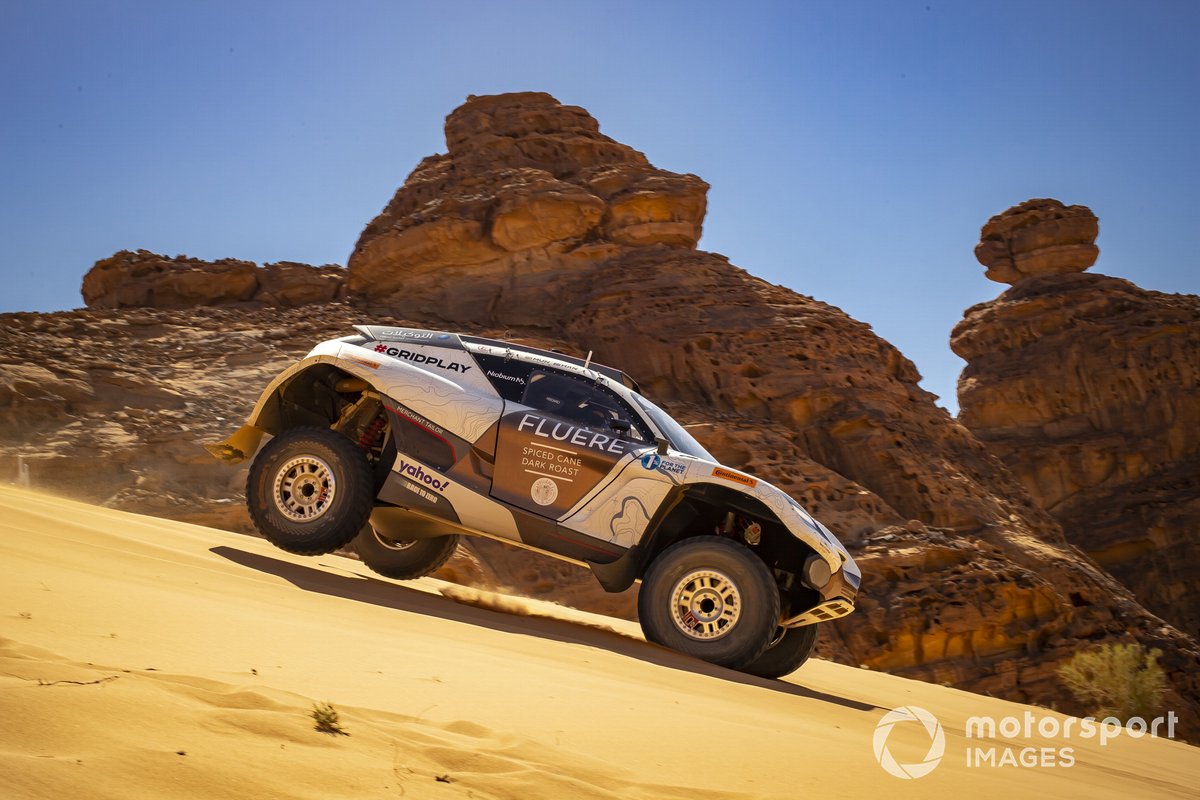 Hansen took the race start and immediately activated the hyperboost higher power mode to take an early lead before he was passed by Johan Kristoffersson on the run to Turn 1.

After the driver change, Munnings closed the gap to Kristoffersson’s team-mate Molly Taylor during her one-lap stint but eventually finished 24 seconds behind.

Hansen went on to say that the inaugural Extreme E event had “exceeded any expectation” that he had, adding: “Even coming up with this idea is crazy enough.

“But to pull it off, and to do it on this level that has been done this weekend from the whole organisation from the championship, it's been done incredibly well, even though it's the first race for everyone.

“I'm excited to see where this is going to take off to. This championship has an incredibly bright future.”