That allowed Kristoffersson, taking over the RXR car from race-starter Taylor, to cruise to the finish with 25 seconds in hand over Abt Cupra’s Mattias Ekstrom, who finished minus the right door.

The Abt Cupra challenge faltered immediately when Kleinschmidt failed to select drive and sat stationary at the line, while JBXE and RXR lightly collided to allow Leduc to battle Loeb.

Loeb emerged on top in the hastily rebuilt X44 machine following the dramatic semi-final shunt with Timmy Hansen, but Leduc went rogue and neglected to follow any of the conventional and predefined routes to the first gate.

He clattered over the bumps of the undergrowth but carried more speed to burst into a lead of three seconds over rival Loeb, who then began to slip back with a front-left puncture.

Loeb appeared to be managing the issue until the toe-link snapped and the steering failed to leave him stricken at the side of the road as Chip Ganassi machine broke into a monster 45.5s lead.

Leduc slowed to hand over the car to team-mate Sara Price, with the American on her way before Taylor swapped for Kristoffersson and Ekstrom replaced stablemate Kleinschmidt. 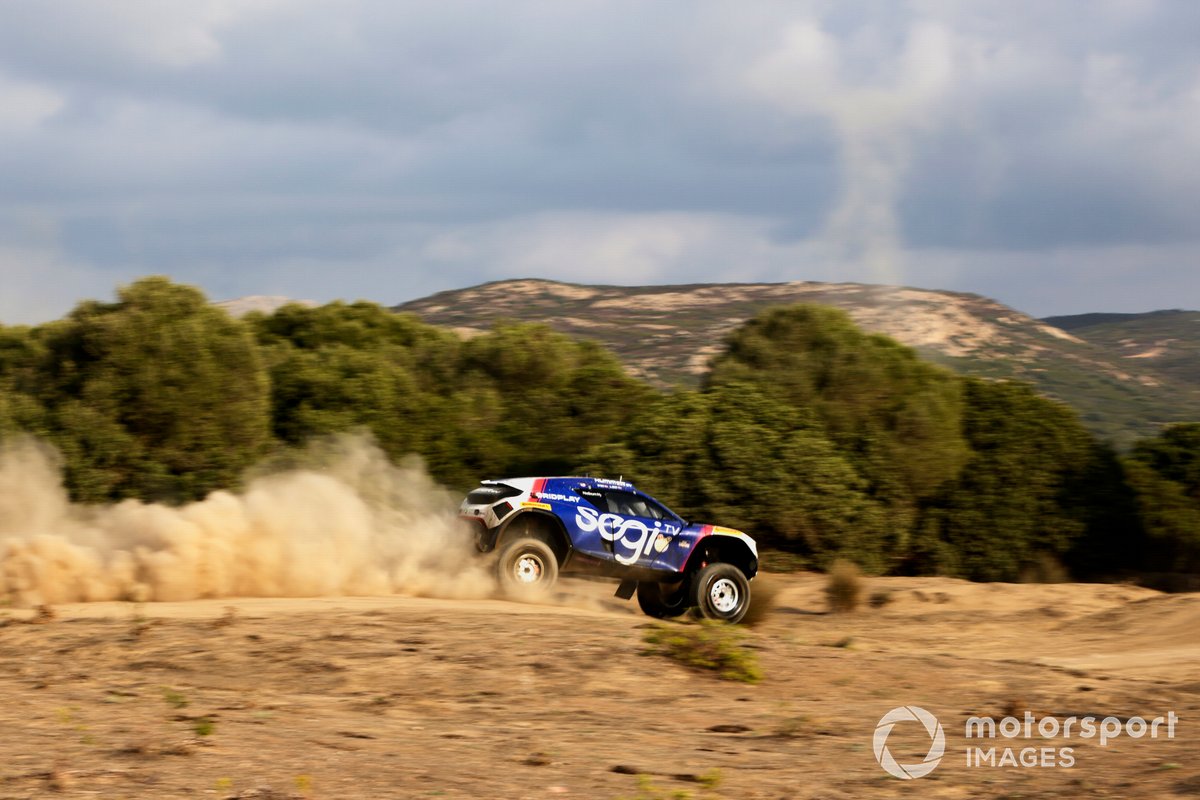 It looked as though Chip Ganassi Racing would end its torrid run of luck in Extreme E to claim a maiden victory.

But as Leduc acknowledged the early knocks to the suspension after running off piste to TV, Price pulled up with front-right steering failure.

That allowed Taylor to pounce for victory, holding off Ekstrom by 24.588s - the Abt Cupra machine shedding its right-hand door over a crest after it popped open following the driver change.

Combined with pre-race rain topping up the ruts and water obstacles, Ekstrom took it easy to deliver second place as Kevin Hansen (swapping for early spinner Ahlin-Kottulinsky) completed the podium despite failing to finish.

Although X44 retained the five points for setting the fastest time though the designated super sector, Rosberg X Racing now leads by 16 points - up from nine - ahead of the final round of the inaugural Extreme E season in the United Kingdom in December.

For the second round in a row, JBXE had made its way to the final after winning the last chance shootout ‘Crazy Race’ following a spectacular roll and shunt for Stephane Sarrazin.

Kevin Hansen had started the Jenson Button-owned car and darted to the left to take the preferred lane, which forced Veloce Racing’s starter Emma Gilmour to sweep to the right.

Gilmour attempted to find clear air to avoid the dust but cut behind Oliver Bennett in the Xite Energy Racing machine and slipped to third place on the sprint to the first gate.

But Bennett stuck to the far right lane and missed the second waypoint gate, while Gilmour shrewdly cut to the left to thread between the flag markers, albeit still adrift in last place.

While Bennett clocked a nine-second penalty for failing to pass through the gate and gaining an advantage, his turn of pace to lead was undone when he explored the unused ground and ran over large ruts.

That forced the Brit to check his speed as Hansen swept into a secure first place for lap one. 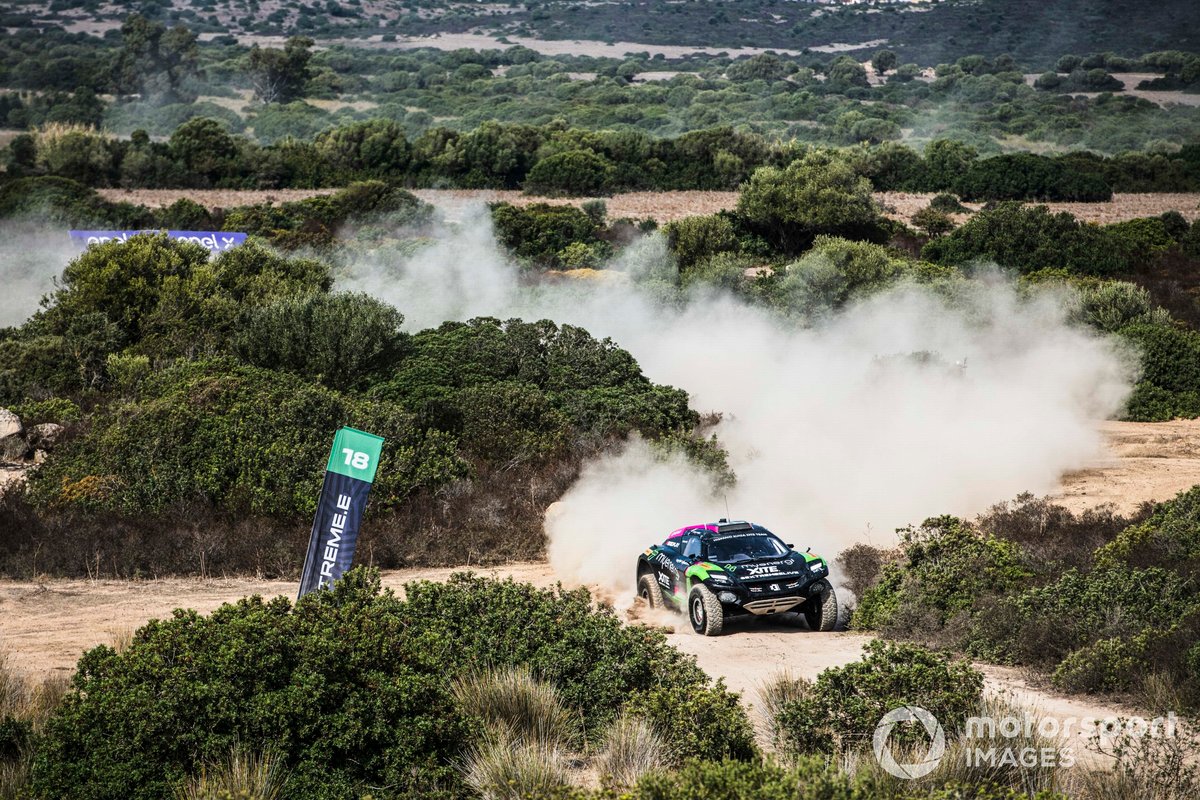 He handed the JBXE car over to Ahlin-Kottulinsky as Christine Giampaoli Zonca took the place of Bennett and the vastly experienced Sarrazin subbed for Gilmour.

Sarrazin gave chase after Zonca, stuck his Veloce machine up the inside but was fought off until Giampaoli Zonca – who had previously clipped a sign denoting a boulder – ran wide and crashed out in the bushes when the steering failed.

That left former World Rally and Formula E driver Sarrazin to close the nine-second margin to Ahlin-Kottulinsky until his race came to a dramatic and premature end.

Sarrazin caught a bump heavily with the front axle and then the rear pitched high into the air. As it swung round to overtake the front, the rear-left dug in and he flipped over.

Although the shunt was sizeable, with the bodywork clam covers and wheel ripped off, Sarrazin emerged from the wreckage unharmed as JBXE was left as the last team standing.