Nico Rosberg has hailed Johan Kristoffersson as “inspiring” and thanked Molly Taylor for joining his Extreme E team as the duo scored a dominant win in the maiden desert event.

Rosberg X Racing driver Kristoffersson started from an effective second on the grid and swept by rivals Sebastien Loeb of X44 and Andretti United’s Timmy Hansen into the high-speed opening corner to command the first lap on the 5.48-mile course in Saudi Arabia.

He then handed over to 2016 Australian Rally champion Molly Taylor, who said she “was taking it really, really easy” and “driving at recce speed”, to score a 24-second victory.

He said: “Johan's performance was really inspiring and amazing to watch. I'm proud to watch from the outside.

“Damn stressful on one end, but very proud on the other way to see that amazing action on track.”

Rosberg also thanked Taylor for joining his team, saying: “I'm just so thankful to Molly for driving so fantastically throughout the weekend. Not a single mistake out there.

“I'm very thankful, Molly, that you accepted to join for our team.”

Taylor, who joked the victory had given her ‘grey hair’, told Autosport there was no point in trying to build on Kristoffersson’s lead, despite having beaten the time of nearest chaser Munnings in qualifying by 14 seconds. 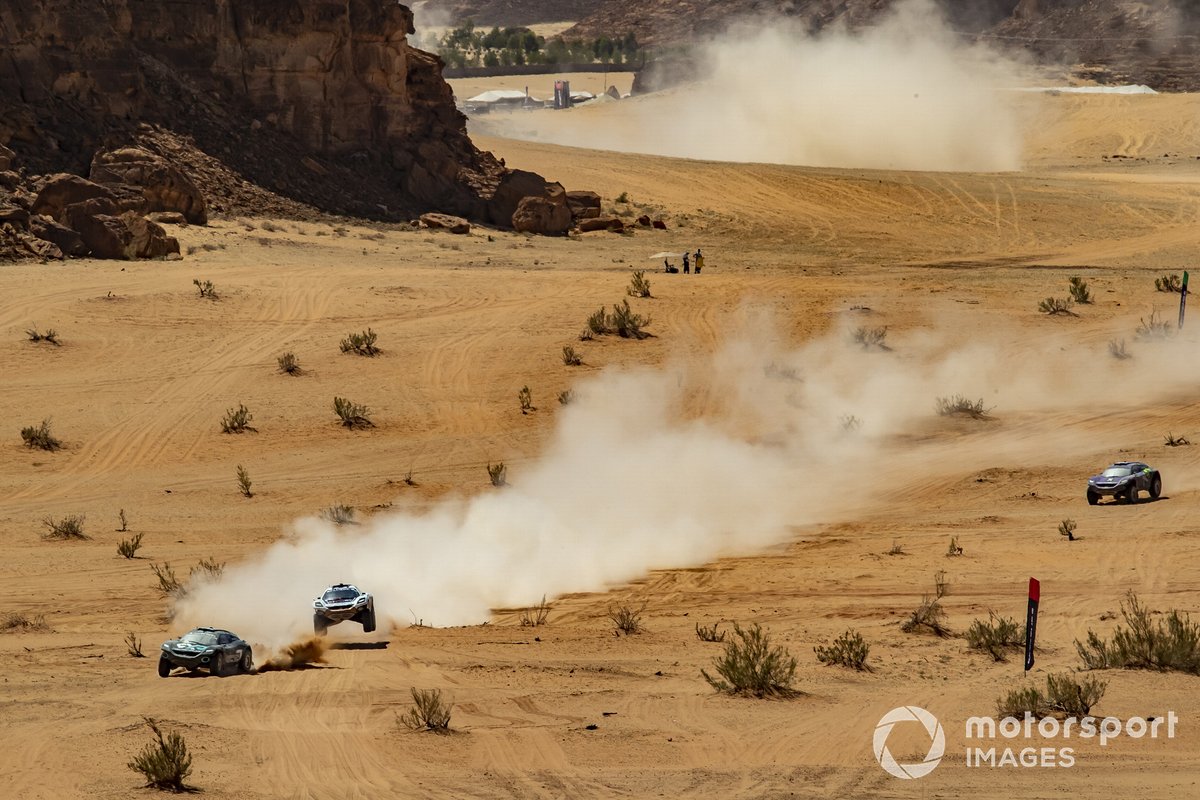 She said: “I was just like, 'get through each waypoint’ and then you're crossing the line.

“’Did everything work?'… I was running through everything in my head again.

“For it to all work when you put that much into it, I feel I have so many more grey hair!

“When you have a 30-second lead, there's no point to try and set a lap time because you gain literally nothing.

“After all Johan's amazing job to do that, I needed to do my job and not necessarily try to go out and prove how fast you can do a lap.”

“That’s the thing about the track, it's just so rough. Even when you're taking it easy, it's still moving around, I was just trying to at least give myself the margin that if it moves around, the speed wasn't so high that I couldn't react and control it.”

When Rosberg was asked if he had messaged former Mercedes F1 team-mate, long-time rival and fellow Extreme E team owner Lewis Hamilton about the victory, he said: “No, no.

“I haven't thought about anything like that at the moment.”