Top qualifier X44 was wiped out of the first semi-final only metres after the start following contact with the Andretti United machine piloted by 2019 World Rallycross champion Timmy Hansen.

Greenland event winner Hansen delivered a blistering launch from the far right side of the grid and glanced across the of the Chip Ganassi Racing machine in a bid to avoid the unfavoured outer lane.

That tag appeared to put Hansen on a trajectory that led him to hit X44 driver Cristina Gutierrez on the rear-right corner, forcing the Dakar Rally regular over a bush.

That sent Gutierrez veering to the right and as she counter steered to control the slide, the Spaniard suffered a suspected right-rear suspension failure. She hit a tree and retired from the heavy impact.

Although Gutierrez, who suffered a fractured vertebrae in a summer Kazakhstan rally event, was cleared by the medical centre, the incident was immediately reviewed by the stewards.

They found Hansen to be “wholly responsible” and moved to classify Andretti United last in the heat, allowing X44 to progress to the five-car final should the car be repaired in time.

He said: “I’m very clear what happened. Timmy was just too aggressive. It’s not rallycross.

“It’s not intended to be rallycross. It’s not a contact sport.” 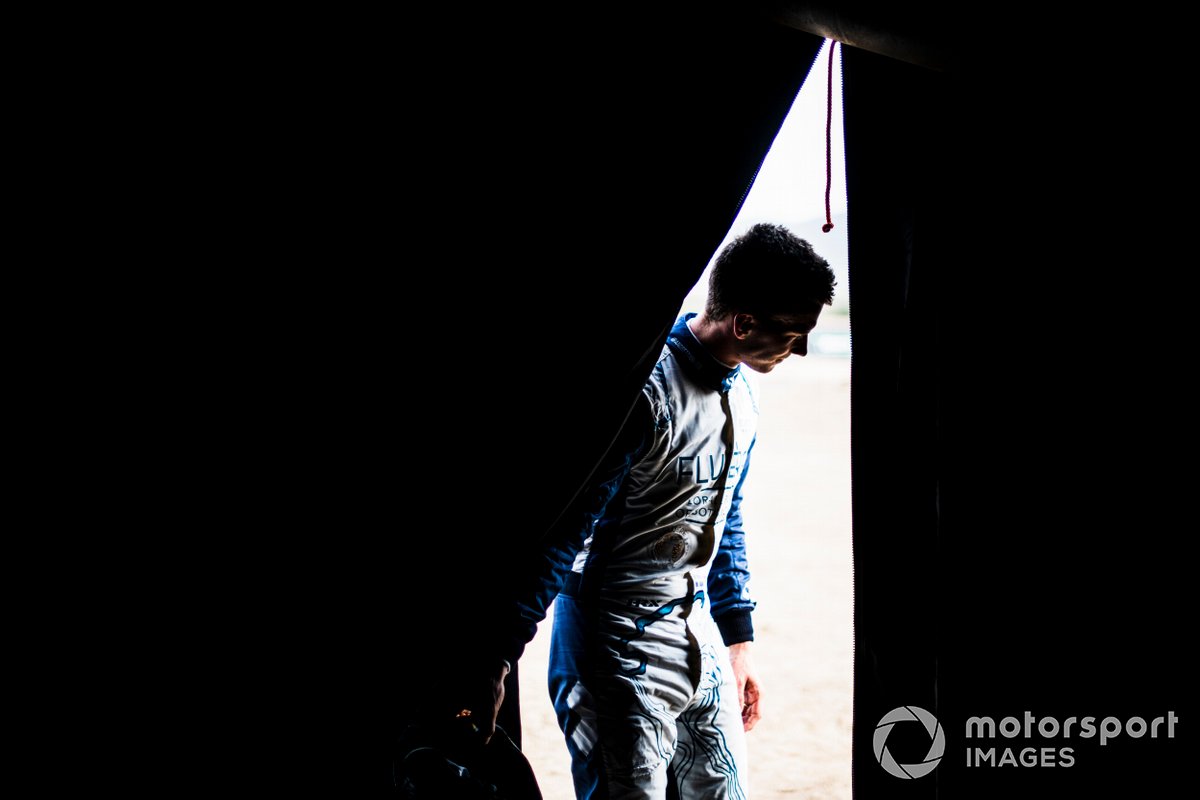 While Richards acknowledged that Hansen had been over to the X44 tent to clear the air, he said that Extreme E must not be about bumper cars.

He continued: “Timmy has already been round to apologise, which is very fair of him. He’s a very fair driver normally.

“It’s bad for the championship. It’s not what this is about. This is not about dodgem cars.

“This is about skilled drivers with electric vehicles in an extreme environment. It’s not bumping into each other.”

Hansen was able to continue briefly but a snapped track rod brought about his retirement only yards later to leave Chip Ganassi as the sole remaining car in the first semi-final.

Andretti United’s case with the stewards was underlined by the initial contact with CGR driver Sara Price that appeared to put Hansen on a path to hit Gutierrez.

“Timmy had a better start and then Sara and moved across to take his normal line. And that led to Timmy being very much out of control.”