This was attributed to an early power steering failure. This issue had also affected Carlos Sainz Sr during shakedown and Chip Ganassi Racing pair Sara Price and Kyle LeDuc throughout Saturday running.

Loeb reckoned he had to “fight” to steady the car and has called on Spark, which also builds the Formula E machines, to resolve its reliability concerns ahead of the next Senegal event across 29-30 May.

He said: “We would expect to do better in the final. But everything is played in the first corner and we had a problem of power steering.

“It was a hard fight to keep the car on the track all of the race. Overall, I feel a bit disappointed for this final. But for the rest, I feel happy with the weekend.

Explaining the power steering issue, Loeb added: “It came just in the final. Before the final, everything was perfect.

“We saw a lot of teams having some trouble.  We had absolutely no trouble. The team made a great job.” 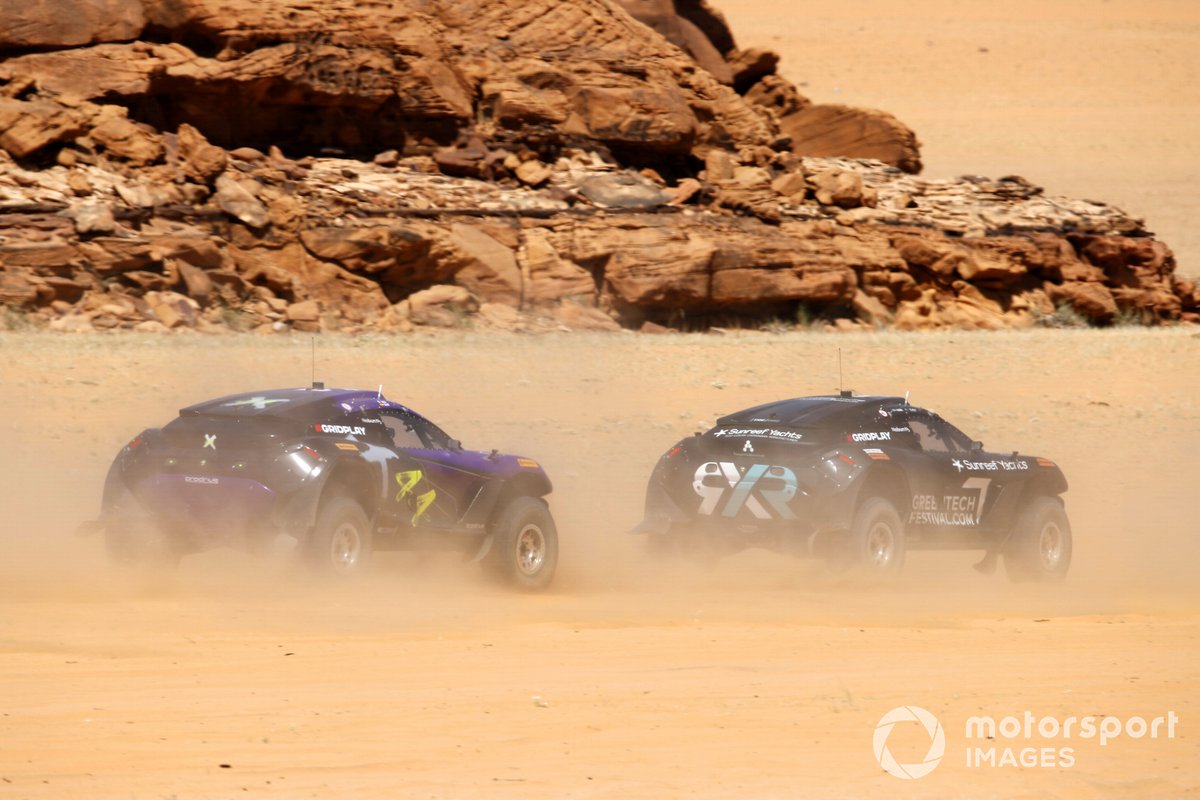 But Loeb added that this problem, combined with motor and inverter concerns for Jenson Button’s JBXE team plus the Odyssey 21 E-SUV having its power cut from 400kW to 225kW for the Sunday races, were understandable given the infancy of the championship.

He said: “This power steering problem, we are not alone to have it during the weekend.

“It's something uncertain of the car but I hope the manufacturer will solve that and they will provide some cars without problem next time.

“It's just the beginning of the series so we are just discovering some tiny little things.

“But I hope it will be solved and it will not be anymore.”

He added that he was "really happy" with the debut performance of Lewis Hamilton's X44 team, which is run by Prodrive.

Loeb said: "The main thing is that we showed that together we can be fighting for the win. This is something we didn't really know.

"It was the first race together with a lot of drivers around and we saw that Cristina is very fast. She's scored sometimes the best time of the women.

"I was fast also so I think we're a good team and we have good chances for the rest. That's the main thing that I will remember."