The all-electric SUV off-road racing series kicks off next weekend in the AlUla desert, with the races broadcast in the UK on ITV1, BT Sport 1, Sky Sports Main Event and the BBC Red Button.

Scheider was signed by the series alongside cross-country motorsport veteran and 2001 Dakar Rally victor Jutta Kleinschmidt as back-up should teams require a replacement driver.

Scheider took the spec 550bhp Odyssey 21, which has been built by Formula E constructor Spark Racing Technology, out on the course for the first time on Sunday afternoon.

He said: “Shit, that’s cool! Awesome, really cool. A very good experience, I have to say.

“I’m kind of emotion being the first guy out there after we have done all that work.

“We’ve been here like five months ago; we came to a plain desert without any idea where to go.

“Today, we actually managed to line it up, to make a proper lap.

“It was just amazing to have this feeling today.

“To have the first go in the Odyssey 21 was also something special. I’m really pleased to be part of the team.” 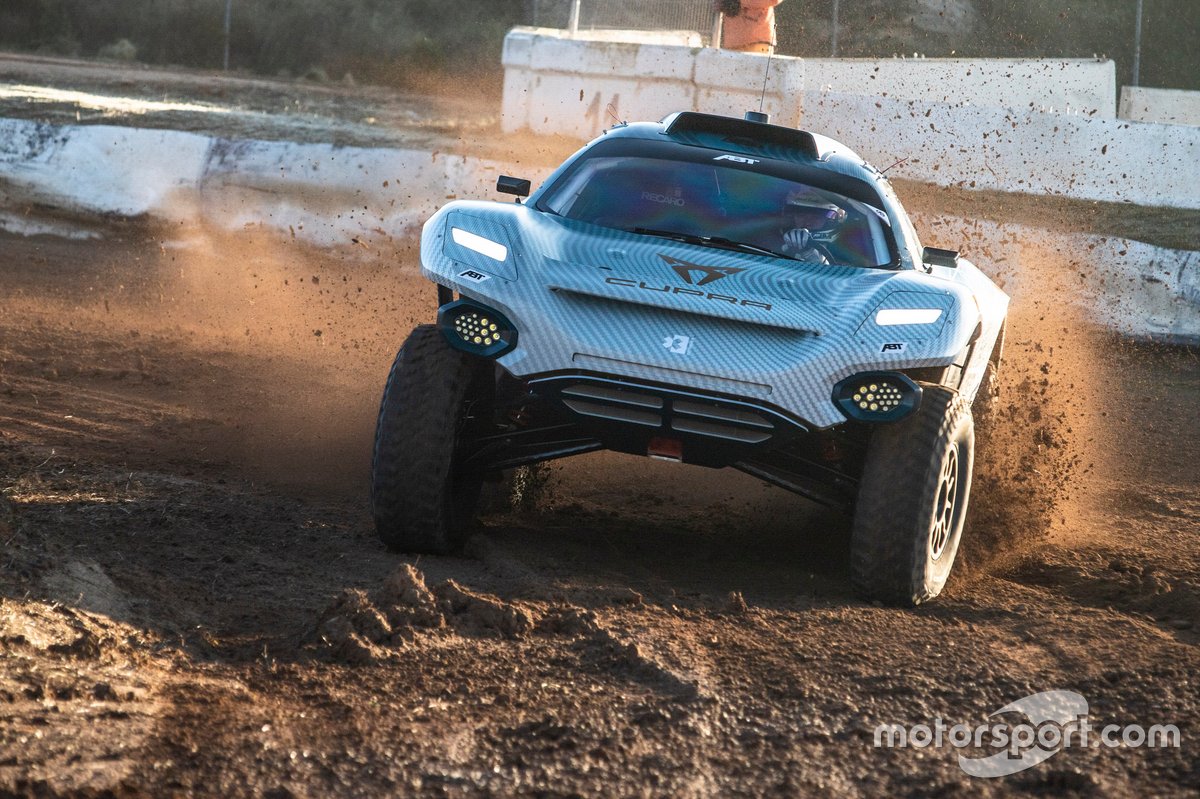 Both Scheider and Kleinschmidt are also consultants to the design of the five-mile circuits that will feature a variety of jumps, sand dunes, severe gradients and water splashes.

Explaining the nature of track, Scheider added: “We tried to have everything we could achieve in this area.

“We have very fast parts, technical, slow-speed parts, we have a lot of weight transfer.

“We have some sketchy areas, like super downhill steep areas where you have to be patient.

"This spices up everything quite a bit.

“It’s really cool that on certain points of the track you have that moment as a driver where you know ‘I can go there three times and it will be three times different’.

“I’m really optimistic [the drivers] will be super happy with it.”

Kleinschmidt added that driving the Odyssey 21 car was “not so different” to her Dakar Rally-winning Mitsubishi Pajero Evolution and was “surprised by how good it was”.

She said: “It’s great to be back in a car like that and have the chance to drive in this fantastic, spectacular area.

"It’s really beautiful and the fun is great. It’s fun to drive it.

“It’s really amazing that we are the first ones allowed to try this course. It’s just a dream.

The nine teams entered into the inaugural Extreme E season - including entries from Formula 1 world champions Lewis Hamilton, Nico Rosberg and Jenson Button - will get their first shakedown on Friday.

This will follow the first of the local environment-benefitting Legacy project on the Tuesday and Thursday, which includes a beach clean and tree planting.