Taylor and four-time World Rallycross champion teammate Johan Kristoffersson won three of the five events during an inaugural season to beat the X44 team owned by Lewis Hamilton after tying on points.

But Taylor, who won the 2016 Australian national rally series, has now parted company with Nico Rosberg's squad to be replaced by Mikaela Ahlin-Kottulinsky.

Taylor, who moved to Europe from her home in Australia to minimise the impact of travel restrictions, was coy about reasons 'outside of her control' for not returning to a team that she likened to a family.

"Winning the first-ever Extreme E Championship and holding that trophy aloft was an incredible experience and I am very proud of the result we achieved together.

"There's no secret of the complex realities that exist within motorsport, often outside of a driver's control, and whilst it means an unexpected change of plans for 2022, rest assured, despite a small intermission my time with Extreme E isn't done yet." 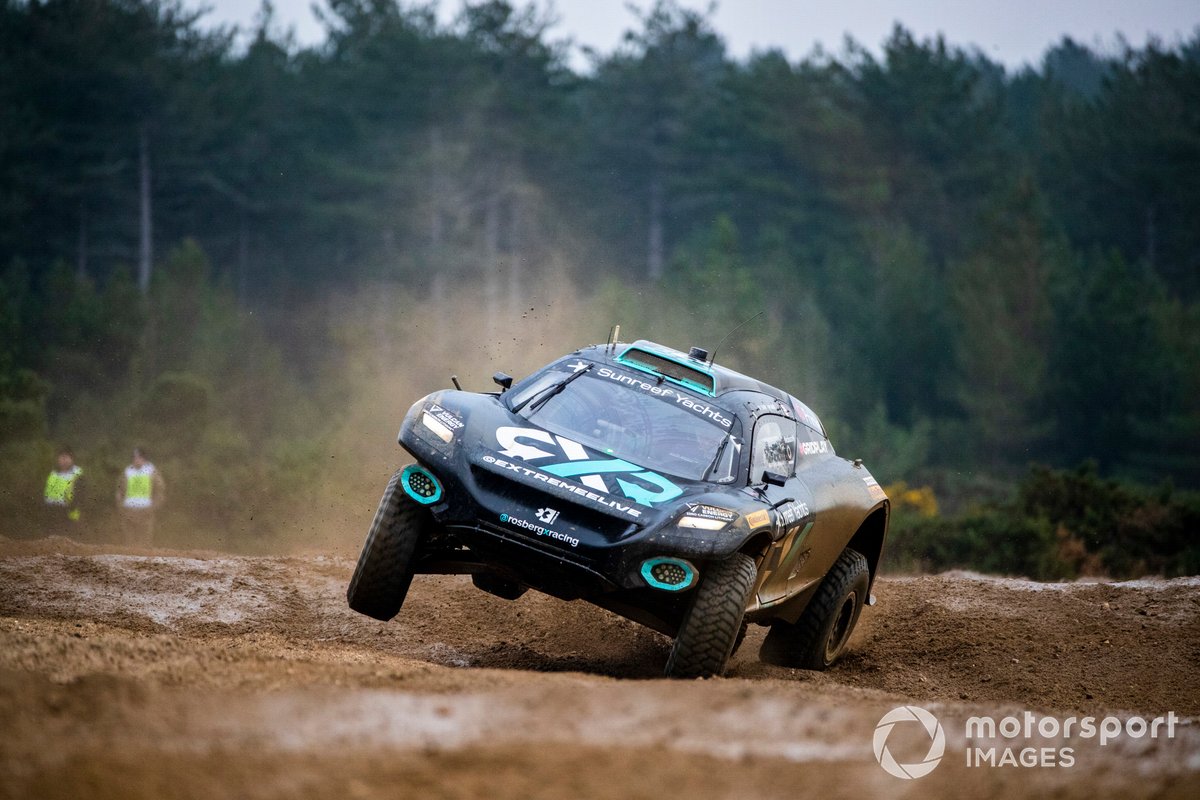 In the statement released by Rosberg X Racing that confirmed the addition of Ahlin-Kottulinsky alongside Kristoffersson, there was no reference to title winner Taylor.

Ahlin-Kottulinsky and her 2021 stablemate Kevin Hansen guided an inexperienced JBXE team, comprising mainly of British GT engineers, to third in the championship.

While owner Button is keen to continue in the series, the 2009 Formula 1 world champion previously told Autosport the need to push for commercial deals to ensure the ongoing participation of JBXE was financially viable.

On joining Rosberg X Racing, the Swede said: "To have the chance to work with the winning team from season one is truly a great opportunity, and I can't wait to get started.

"I'm really looking forward to working and learning from Nico and Johan, two world champions and drivers that I have huge respect for and admire for their incredible record behind the wheel.

Johan Kristoffersson added: "I am very happy to continue my work with RXR.

"We have had a sensational first season together and I am confident that we can build on this experience and become even better.

"Having Mikaela on my side is an extra motivation. She is a very gifted driver and being compatriots with many common experiences, I am sure we will get along just great."

Rosberg said: "We are happy to have found the perfect driver line-up for our second season in Extreme E.

"This year is going to be even more challenging as we have to defend our title against a growing field of very professional and highly determined teams."