Alejandro Agag says “it’s a miracle so few” cars broke during Extreme E qualifying, adding the finals will not switch to a one-car format despite talks having taken place.

Three high-profile technical failures occurred during the Friday shakedown ahead of the Desert X-Prix in the AlUla region of Saudi Arabia.

First on the course, Chip Ganassi Racing driver Sara Price was hit by a terminal 12V battery fault. Jenson Button had problems with the motor and invertor aboard his JBXE-entered Odyssey 21 and Carlos Sainz Sr stopped with a power steering failure.

After the first Saturday qualifying session JBXE replaced the motor and invertor following a near half-minute stoppage for Mikaela Ahlin-Kottulinsky when her car reset into neutral.

This came on top of widespread complaints from drivers over the lack of suspension travel and damping at the rear of the Spark Racing Technology-built Odyssey.

Asked by Autosport if Spark had a ‘shopping list’ of parts to revise, Extreme E co-founder Agag said: "100% we will fix everything.

“This is actually incredibly good for me, because if you look at Formula E, we had months to test, we had so many problems.

“Here, we tested one day and a half. So, it's a miracle what we've done.

“Spark has done an amazing job to be able to put the show on the road. Of course, there will be problems and I'm really sad for some of them.

"I was just with Chip Ganassi. It's very frustrating because he's a winner. We will do the maximum work to help with Spark to fix it. But Spark has done an incredibly amazing job up to here.

“And it's a miracle that so few cars have broken.” 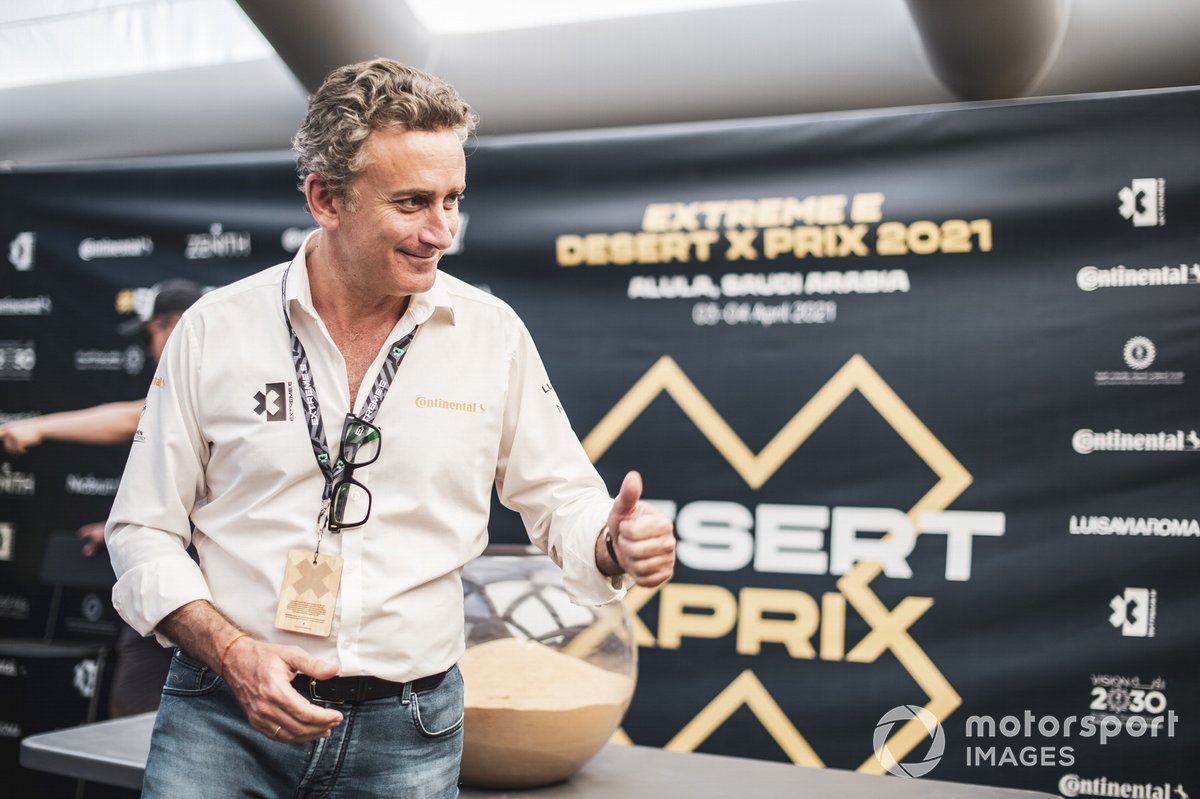 On Wednesday evening, Agag informed teams that the proposed race format would change for Extreme E, with qualifying heats dropped in favour of one-car time trials to decide the grids.

The semi-finals and final race have also decreased from a four- and a five-car contest to three lots of three-cars.

This was mainly due to the excessive levels of dust in the desert.

Agag says the championship will be flexible ahead of the next round in Dakar, Senegal across 29-30 May.

He also revealed to Autosport that talks had initially been held about modifying the finals to become one-car heats, but that this has not been put into place.

Agag said: “Today, we had the discussion that we were going to go also to one car tomorrow.

“We're not. We're going to stay with three cars tomorrow.

“Let's see how it goes and then we handle the fourth. If it's good with three, we will leave it at the three. The key here is flexibility.

“We are creating and tweaking the championship. We see the best ways and then we're doing it. I'm pretty flexible.”