BMW factory driver Bruno Spengler has revealed that he suffered a fractured spine in his FIA ETCR accident at Vallelunga, which prompted his Romeo Ferraris team's withdrawal on safety grounds.

Spengler, the 2012 DTM champion, was sent to hospital for checks after crashing in Vallelunga's fast Turn 2-3 sequence.

The Canadian's all-electric Romeo Ferraris-built Alfa Romeo Giulia suddenly broke loose and shot backwards into the gravel before being flicked into the air, landing hard and impacting the tyre barrier.

This prompted his team to issue a statement that team-mate Giovanni Venturini's car would be withdrawn from the FIA ETCR – eTouring Car World Cup event "due to safety reasons".

It came after a spate of tyre failures at the Roman venue last weekend that caused the Lynk & Co WTCR team to withdraw from both races at the end of the formation lap.

Spengler was diagnosed "with a mild fracture of T6 thoracic vertebrae" according to a further update from the privateer Italian outfit, with which he has scored a best result of fourth in Hungary.

Writing on social media on Monday, the 38-year-old said: "Following my crash on Sunday in Vallelunga, I was diagnosed by the medical team of Paideia Clinic in Rome with a spinal fracture.

"My focus will now be directed towards a speedy recovery to be back in the car ASAP and for the rest of the season.

"We are still investigating what technical issue caused the car to be uncontrollable in T2." 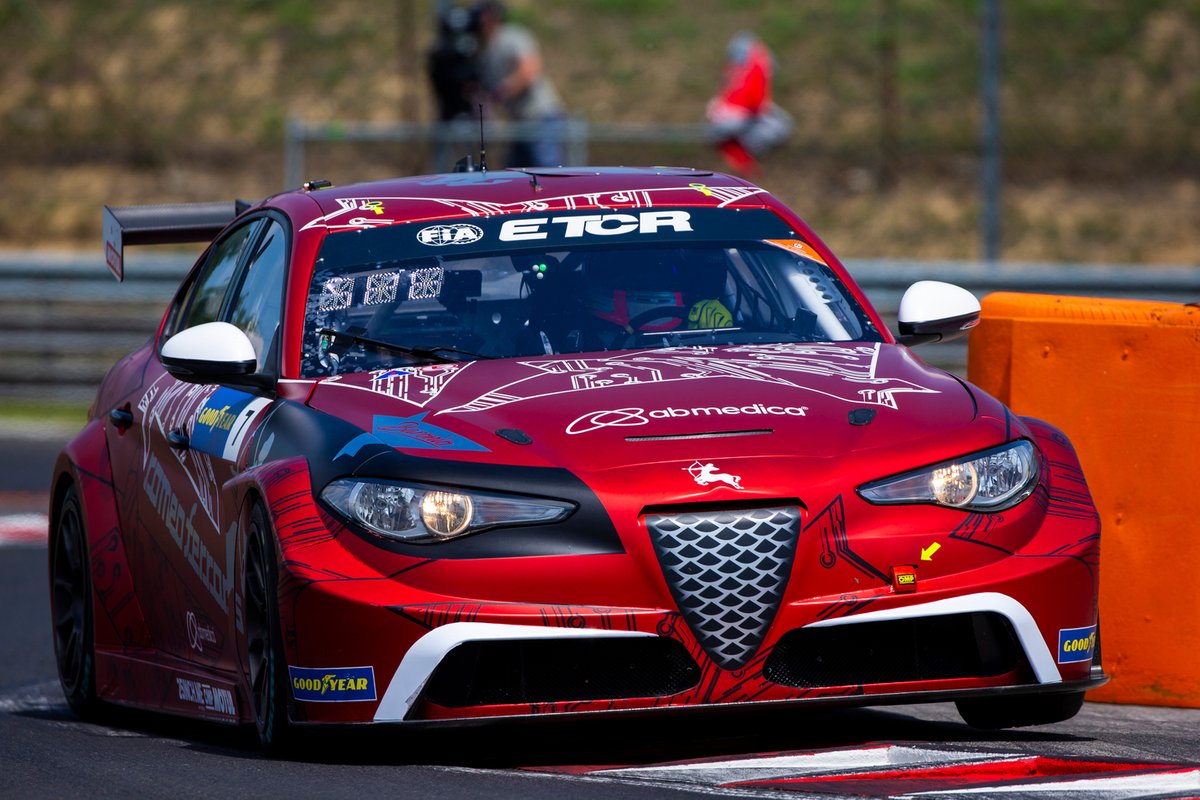 After sharing his thanks to the medial team and series organisers for their assistance, Spengler praised his team's "solidarity and consideration towards their pilot’s safety", stating that the support Michela Cerruti's outfit "provided me with is one I’ve very rarely came across in my career".

Writing on social media, Romeo Ferraris team principal Cerruti said: "I can easily say this was the worst moment I’ve spent in my motorsport life. And it happened with one of the best drivers I’ve ever worked with.

"Brunello, listening to your sense of humour in the medical center, after that scary crash, was the most positive thing of all.

"You are so strong and dedicated, that I’m sure we will have the honour to have you back in the paddock very soon and ready to fight again."

She added: "I would probably be expected to say that withdrawing Giovanni’s car from the second final was a difficult decision to take, but in fact it was not.

"Sometimes when you see that your limit is coming so close to your face, it is better to respect it, just because there is something counting more than racing (yeah, that’s incredible but true!).

"Our last page of today’s book was simply 6 laps shorter than the others, but with Bruno’s smile as a wonderful happy ending."

The heatwave that hit Europe this weekend was the undisputed protagonist of the fifth round of the FIA ETCR at Vallelunga, as the CUPRA EKS team opted to apply a conservative strategy.

BMW factory driver Bruno Spengler has revealed that he suffered a fractured spine in his FIA ETCR accident at Vallelunga, which prompted his Romeo Ferraris team's withdrawal on safety grounds.