He recovered from a mistake on the penultimate stage to beat rival 'Mihalur'.

Armstrong, who completed two prize drive appearances in WRC2 last season (pictured below) as a reward for Drive DMACK Trophy successes, finished third during this year's 13-round Esports regular season and was one of four drivers to qualify for the three-stage Grand Final to decide the title.

After winning the opening stage, Armstrong comfortably led the majority of the all-asphalt Pietrosella second stage.

But with half a mile of the 4.8-mile stage remaining he clipped a rock with his left rear tyre, pitching his car into a roll.

He lost seven seconds in the incident, and the mistake allowed 'Mihalur' to seize a 1.4-second lead heading into the final 11.2-mile El Chocolate decider. 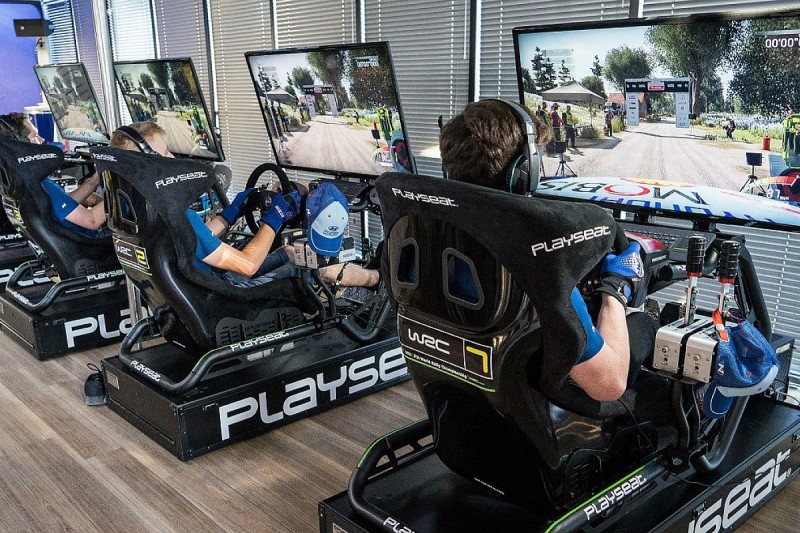 The result was a surprise to Armstrong who, after his mistake in the final metres of the second stage "didn't think I would make enough time" through El Chocolate to regain the overall lead.

Armstrong receives a Hyundai i20 as a prize for his series victory.

The Hungarian had challenged Armstrong - who was one of his team-mates at the WRC Edrivers Club during the regular season - in stage one, before losing control late on and sliding into the trees.

Losing nine seconds in the incident, Subee eventually dropped further back after pushing too hard during the final miles of the last stage and colliding with a bank.

Finishing slowest of the final four was 2017 series runner-up 'Jonno'.

He ended up over a minute adrift of Armstrong after several mistakes across the three stages.

The three stages to decide the series champion followed two earlier qualifying rounds, with the fastest nine drivers from the regular season competing.

Three drivers were eliminated in the opening set of three stages, while another two dropped out after the second set.

The 2017 series champion 'Nexl' finished second overall in the '18 regular season, but only ended up sixth in the second qualification round and, therefore, did not progress to the final three title-deciding stages.

Armstrong was the fastest on both of the qualifying stages, while Subee finished second in both.