The final round of Redline's series included 35 professional racing drivers, who raced LMP2 machinery around Suzuka on iRacing.

Verstappen had won six of the first 10 races and was only denied a shot at a seventh win after his PC crashed and left him unable to start from pole position at the last round Interlagos.

His nearest championship rival van der Linde won both races at Suzuka from pole position, his second double win in the series, having previously done so in the Supercars races at Watkins Glen last week.

Verstappen started on the front row alongside van der Linde in both races, and passed the 2019 ADAC GT Masters champion on the opening lap of the first race.

However, Verstappen was sent wide at the start of the next lap after minor contact and he dropped to seventh.

It went from bad to worse for Verstappen as he attempted to pass ex-Formula E driver Tom Dillmann, making a mistake and dropping further down to ninth place.

Verstappen was able to comfortably seal the title in the final race with a third-place finish behind race winner van der Linde and fellow F1 driver Lando Norris. 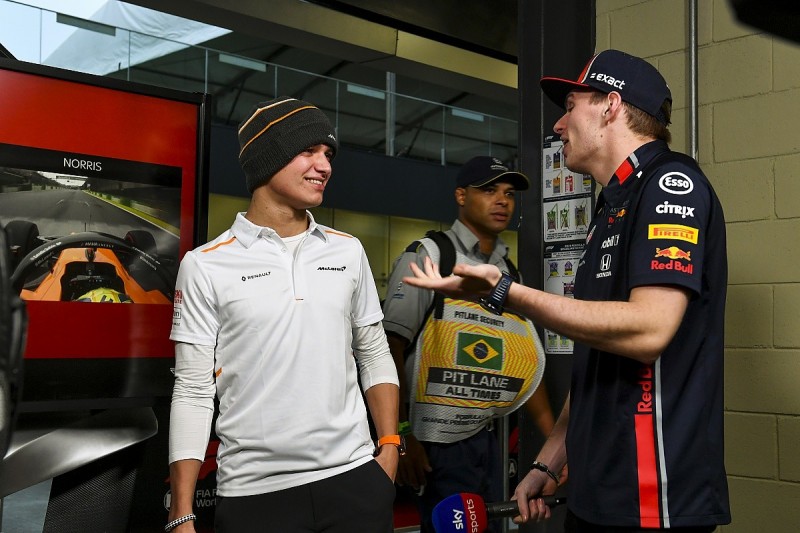 "Race one, I could have possibly won the race, but it is what it is," Verstappen said after the race.

"It was all about collecting the points, which I needed after my PC crash after Interlogas, otherwise it would have been won already.

"These cars are fun, it was my first day of driving them."

60 points separated Verstappen and van der Linde after 12 races across Formula 3, GTE, Supercars and LMP2 machinery over the past two weeks.

Norris rounded out the top three in the points standings ahead of Juncadella.

Details of a second season of the championship are expected to be announced in the near future.