The Kiwi went a long way towards setting up his title triumph with a narrow win in the opener on the Oran Park layout.

Van Gisbergen was the leader of a four-strong pack that swiftly broke away from the rest of the field, with Anton De Pasquale, Brodie Kostecki and title rival Scott McLaughlin hot on his heels.

The first round of stops did give van Gisbergen a slight reprieve, his lead blowing out to around three seconds once the front-runners had cycled through pitlane.

However the breathing room was short-lived, De Pasquale and Kostecki charging back into contention in the final stint.

Finding a way past on the tight, twisty Oran Park layout proved a step too far, however, van Gisbergen winning by four-tenths over De Pasquale.

Kostecki was third, another second back, while McLaughlin dropped back to 10s behind in fourth. That was still enough to keep the title fight alive, though, the gap 108 points going into the Mount Panorama race.

All van Gisbergen needed was a clean race to seal the title, however he went close to blowing it.

For the most part things went to plan; van Gisbergen ran fourth in the opening stint behind Harley Haber, Kostecki and De Pasquale, with McLaughlin two spots back. 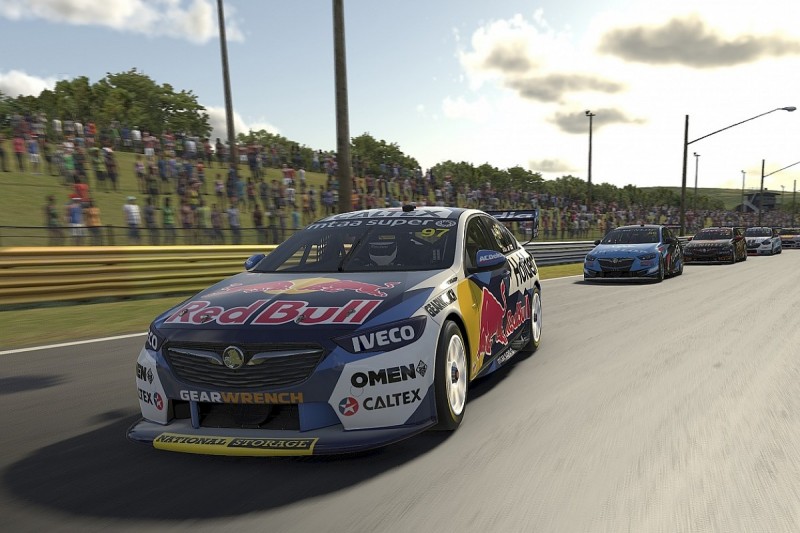 When Haber and Kostecki rubbed panels at Griffins Bend shortly after their first stops, which pushed the latter wide, van Gisbergen was able to sneak into third.

He cemented that position across the second stint, before unlocking some rapid pace after the second stop and going after De Pasquale in second.

That battle came to a head at the Elbow on the penultimate lap, van Gisbergen nudging De Pasquale into a spin after locking his rears on the way in.

Needing to redress to avoid a penalty, van Gisbergen dropped back to fifth - one spot clear of McLaughlin.

That still would have been enough for van Gisbergen to take the big prize, McLaughlin then putting the matter beyond doubt by firing off at Skyline on the final lap and dropping outside the Top 20.

"I'm a bit pissed at myself there, trying to get to the front," said van Gisbergen after finishing fifth.

"I was trying to win the race and spun out Anton. That sucked. But yeah, really cool [to win the title]. I've got to thank the organisers, it's been a great fun series while we've been parked up."