The iOS game version will offer augmented reality, allowing gamers to choose their own perspective on the race including "peering over the trees, through bridges and down cliffsides as you experience races in a whole new way".

Motorsport Manager Mobile 3 will also be released on the Android and Amazon app stores.

The game is its biggest mobile release yet, with six new championships including GT competition and endurance racing.

Features from the Motorsport Manager desktop game have been carried over into the mobile game, with dynamic AI team movement - including teams going bankrupt and being replaced - as well as a variety of difficulty levels included. 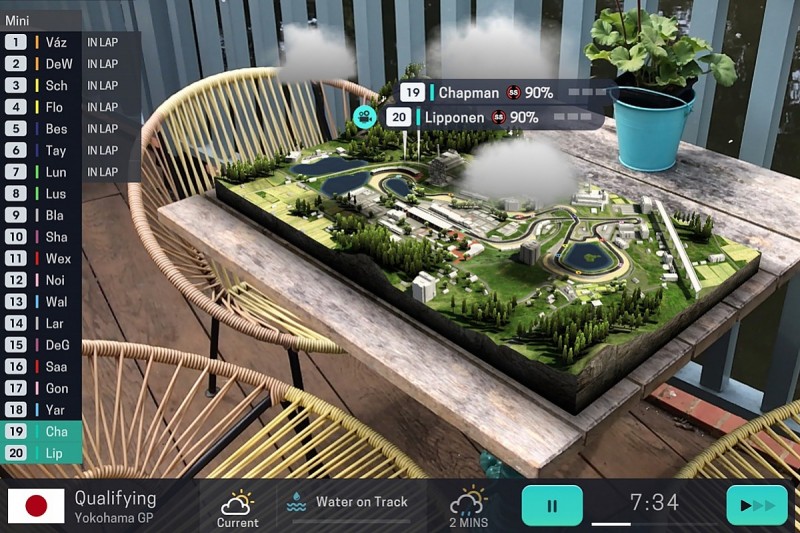 The ability to influence the politics of the game is also mirrored in the rule change voting system, which also featured in the desktop game.

The game also includes the full Monaco Grand Prix circuit for the first time, as well as featuring the Supplier Network, which helps teams grow their presence in invitational races.

Further Formula 1-style influences include the energy recovery system which the game makers promise will influence the strategy of the game by making players evaluate fuel saving or using regenerated power 'boost' to pass on track.