A team of Esports racers will again get the chance to compete in the real-world Race of Champions Nations Cup next year, with members of the public invited to participate

In 2018, Enzo Bonito and Rudy van Buren joined the main event as the Team Sim Racing All Stars, with van Buren beating '19 McLaren Formula 1 driver Lando Norris in one of the heats.

The process of selecting the Sim All Stars pairing for the 2019 RoC at Mexican Grand Prix venue Mexico City on January 19-20 begins next Wednesday, with the eROC Invitational Live Stream event for a specially-invited field of 16 sim racers.

The winner of the Invitational event gets a place at the eROC final in Mexico that decides the Team Sim Racing All Stars line-up for the Nations Cup.

The selection process then becomes a worldwide search, with a qualifying event running via the RoC website (www.raceofchampions.com) throughout December. 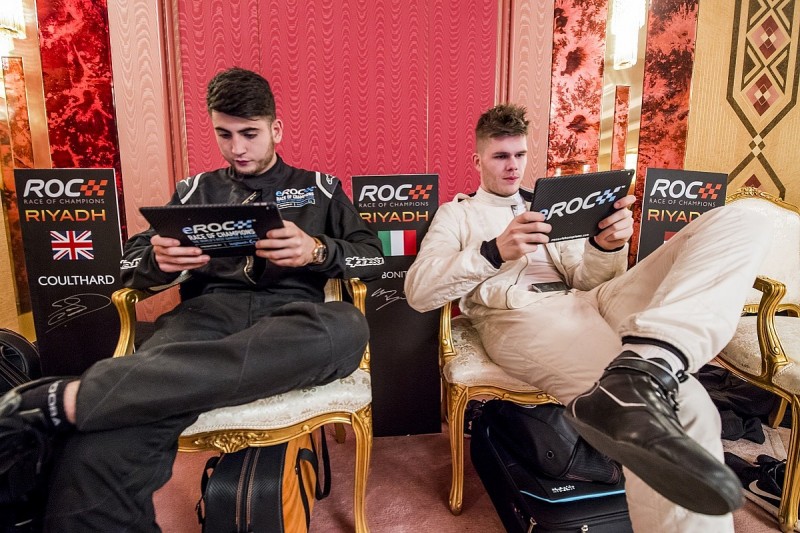 Any gamer who wants to participate can sign up on the website, with the top 32 going through to an online final the week before the RoC and the winner getting a place in the eROC final.

ROC president Fredrik Johnsson said: "We were thrilled with how well the first ever eROC went earlier this year in Riyadh - and how amazingly well the simracers could transfer their skills from the simulator to the real track.

"Now we know it can be done, we want to find the next big star, starting with Wednesday's eROC Invitational Live Stream featuring many of the world's best simracers.

"Then we are opening up eROC to everyone anywhere in the world in December.

"Everyone on Earth will have the chance to compete - and if you're good enough, you could find yourself racing at RoC Mexico against some of the world's best drivers in identical cars."