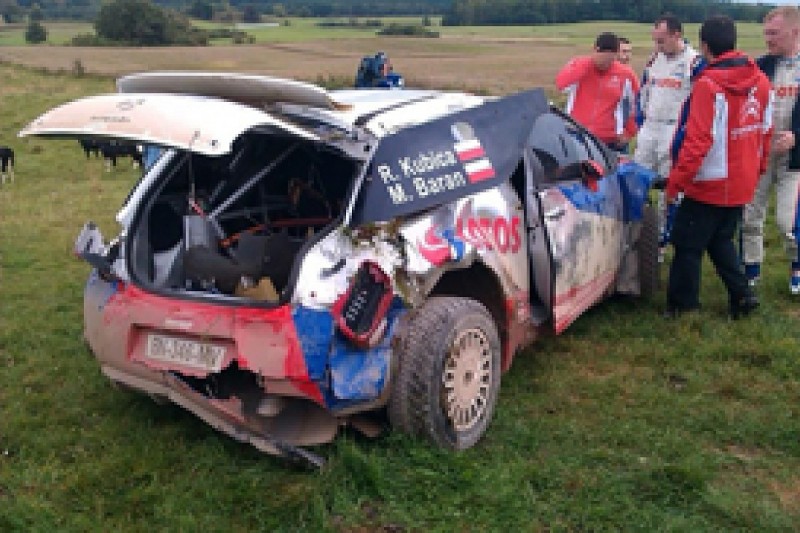 Kubica rolled his DS3 heavily during testing ahead of his return to the European Rally Championship for his home event.

Initial reports suggested the car could be a write off, but AUTOSPORT has learned that it can be rebuilt ready for this weekend's rally.

Both Kubica and co-driver Maciek Baran were unhurt.

Kubica has not competed in the ERC since Corsica in May, having focused on his WRC 2 programme in the interim.

Despite regularly leading rallies in his early-season ERC campaign, Kubica has yet to take a podium finish in the series, having run into trouble on every event so far.

But he starts this weekend's rally among the favourites following the form that has thrust him into the lead of the World Rally Championship's feeder category.

Craig Breen, Jan Kopecky and Bryan Bouffier lead Kubica's opposition in the Mikolajki-based event, which begins with a ceremonial start on Friday evening.