The ERC revamped its Junior category for 2017 and created the U28 element for drivers under 28 driving R5 cars, with the rebranded U27 strand catering for the R2-based element.

As the inaugural U28 champion, Griebel will drive a 2016 World Rally Car on a European WRC round next season.

He secured the title with a third class win from four rallies aboard his Baumschlager-run Skoda Fabia R5 in the Czech Republic at the weekend.

"I didn't really expect we can be champion after four out of six rallies, but every rally in the ERC went nearly perfect with three wins and third place in Canarias," said Griebel, who last year won what is now U27 after a close battle with British Opel team-mate Chris Ingram.

"Everything came together for me and this is another big step in my career." 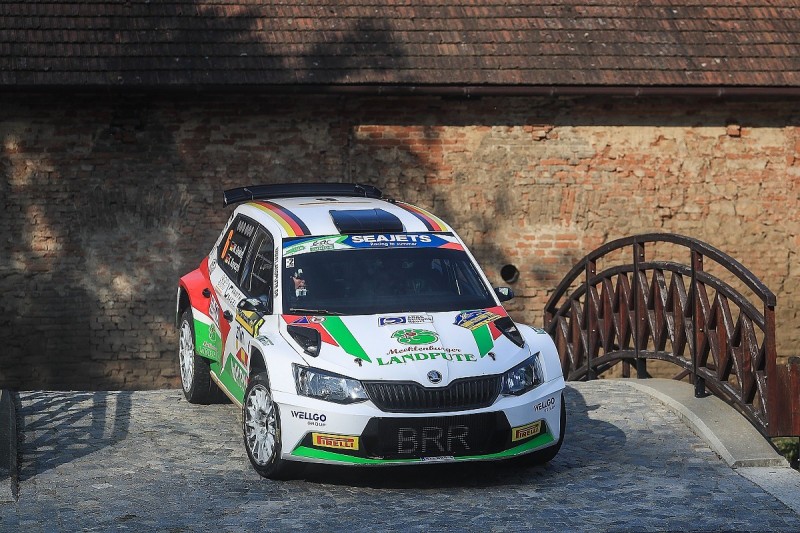 ERC coordinator Jean-Baptiste Ley hoped the prize would give Griebel "the springboard to climb the rallying pyramid and showcase the vital role the European championship is undertaking to help young drivers progress from their national championships to the global stage via the ERC".

Griebel's main U28 rival this year was Peugeot protege Pepe Lopez, and he is currently fourth in the outright ERC standings in his first season in the top class.

Kajetanowicz holds a 23-point lead over Bruno Magalhaes in his hunt for a third straight ERC title, with two rallies remaining.