A stage of the final European Rally Championship round in Latvia has been cancelled following a helicopter crash.

ERC officials confirmed that the 11th stage will not run and that cars have been re-routed to SS12, which will now start 10 minutes late.

A statement from the rally organisers said: "There has been a civil helicopter accident near SS11 finish.

"Rescue teams and medics were immediately deployed to the crash site, consequently SS11 was stopped and will not resume.

"At the moment there is no further information regarding the helicopter crash.

"Updates will be posted as soon as the official information is received."

The crews were given a notional time for the 11th stage, with Skoda Fabia R5 driver Nikolay Gryazin leading Kalle Rovanpera's Ford Fiesta R5 by 17s into the final two stages of the rally.

Kajetan Kajetanowicz is third having already been crowned European Rally Champion for the third year in succession, after his only rival Bruno Magalhaes crashed out of the Latvian event on Saturday evening. 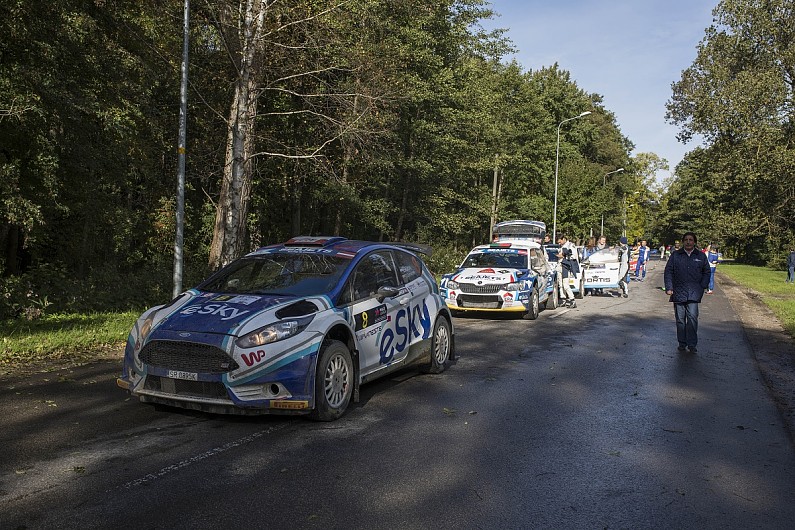