Team WRT drivers Robert Kubica, Louis Deletraz and Yifei Yi took their second consecutive win in the second round of the European Le Mans Series at the Red Bull Ring.

In a race affected by a heavy rainstorm mid-way through proceedings, the championship leading team managed to keep its head to come out on top after four hours.

Logan Sargeant proved to be the big surprise on Saturday with the sportscar rookie taking pole-position on his debut for Racing Team Turkey as he filled in for the absent Harry Tincknell following a date clash with a Mid-Ohio IMSA sportscar race.

Salih Yoluc started the pole-sitting ORECA-07 Gibson, entered in the LMP2-AM class by virtue of the Turkish racer’s bronze rating, and was quickly overtaken by similarly rated John Falb.

The American clung on to the lead for fifteen minutes while United Autosports duo Nico Jamin and Phil Hanson breathed down his neck but as the lead car hit traffic, both Jamin and Hanson found a way through.

The early running was then made by the United cars before the first stops suddenly brought Nyck de Vries and G-Drive racing to the fore with the Mercedes Formula E star benefitting from a quick stop and proving extremely rapid.

De Vries would speed away from the nearest opposition, now coming from Kubica in the WRT car that had steadily made up ground courtesy of a strong opening stint by Ye. 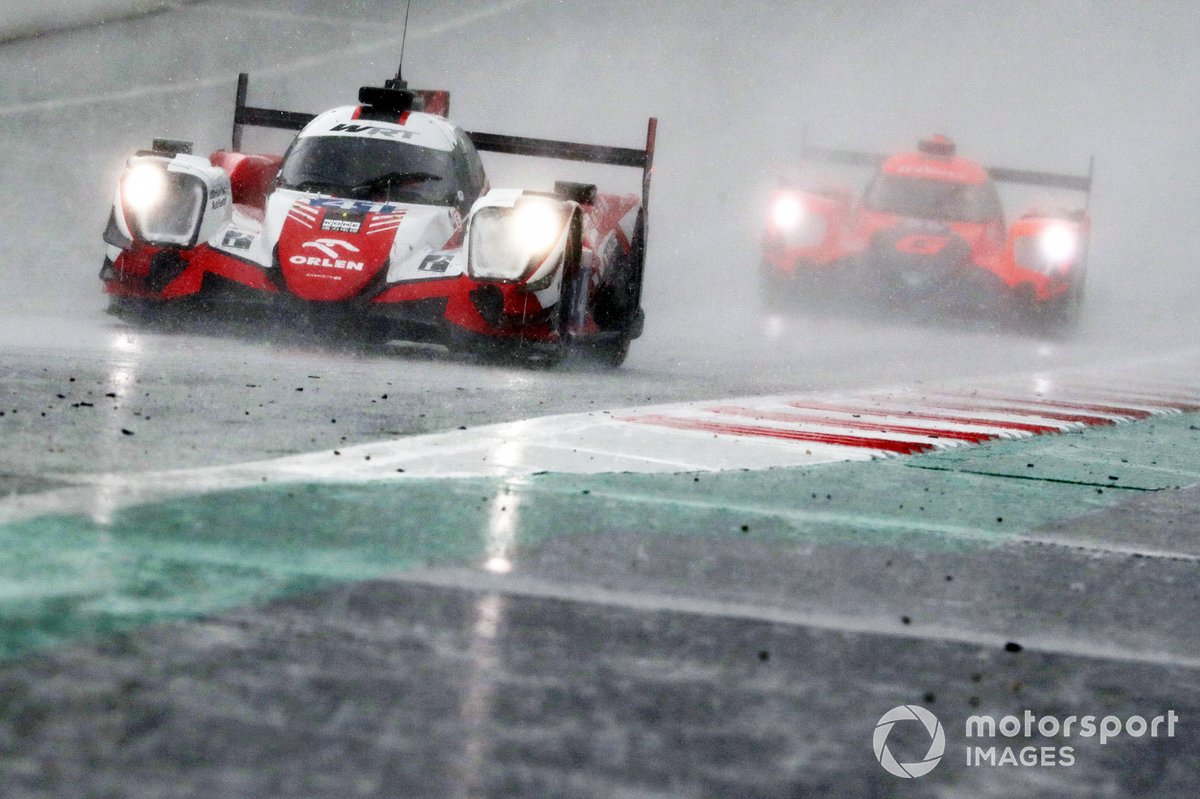 The rhythm race changed completely at the half way point with a heavy shower drenching the Styrian track and bringing out the safety car.

The ensuing melee left only the WRT and G-Drive cars on the lead lap and the final stint battle between G-Drive’s Franco Colapinto and Deletraz was dramatic.

The youngster pushed hard on a drying track to stay ahead of the more experienced Deletraz, taking a lot of risks in the process.

It was not to be for the Argentinean though, as Deletraz capitalised on Colapinto running deep at Turn 3 to pass on the exit and claim a second win in as many rounds.

LMP2-AM and third overall went to G-Drive Racing, with former Formula 1 driver Roberto Mehri proving particularly quick in the changeable conditions and keeping well clear of a charging Logan Sargeant to win together with team-mates John Falb and Rui Andrade.

Victory then seemed to go to Graff Racing until a late penalty for a pitstop infringement handed the win to Cool Racing trio Matt Bell, Niklas Kruetten and Nicholas Maulini, the same team that won the opening round at Barcelona.

The GTE class was dominated by the #80 Iron Lynx Racing Ferrari until the chaotic second half of the race, leaving AF Corse to pick up the pieces.

Francois Perrodo, Alessio Rovera and Emannuel Collard taking victory after fighting back from a drive through penalty early on.

The next race of the European Le Mans Series will take place at Paul Ricard on 6 June.