With three out of four titles yet to be decided and invitations to the Le Mans 24 Hours grid on the line, few were in doubt that the four hours of Portimao would prove critical to the teams contesting for the remaining honours and prizes.

After Cool Racing’s Charles Milesi converted his pole position into the lead and built a substantial gap over the chasing United Autosports, G-Drive Racing and Team WRT squads, the race was interrupted halfway through the first stint when Memo Rojas lost his left rear wheel while coming onto the main straight and spun his Duqueine Engineering ORECA wildly across the track.

Ligier LMP3 driver Andreas Laskaratos got caught up in the incident and, while trying to avoid Rojas and several other cars, hit the pitwall square on. This destroyed his 1 Aim Villorba Corse car and forced a red flag for a 30-minute track clear-up.

As the race progressed after the restart, United Autosports went off sequence with its pitstops, vaulting both British cars to first and second. Initially the G-Drive Racing Aurus squad was set to be its biggest rival until Franco Colapinto picked up a drive-through penalty for track limits infringements.

This left the Russian-flagged team out of contention for the win and brought the championship-winning Team WRT crew into the fight. The team, who had already won the ELMS title, followed a more conventional tyre strategy and led mid-race before falling back again as United’s strategy ensured Gamble jumped Louis Deletraz during the stops.

Deletraz tried to hunt down Gamble but the gap opened up to almost 20 seconds with the British driver conversing his tyre life to stretch out his stint to secure victory together with Aberdein and Hanson, United’s first ELMS win of the year.

Behind Deletraz, Robert Kubica and Yifei Ye, third went to the Algarve Pro Racing car of Sophia Florsch, Richard Bradley and Ferdinand Habsburg that had fought back from a puncture. 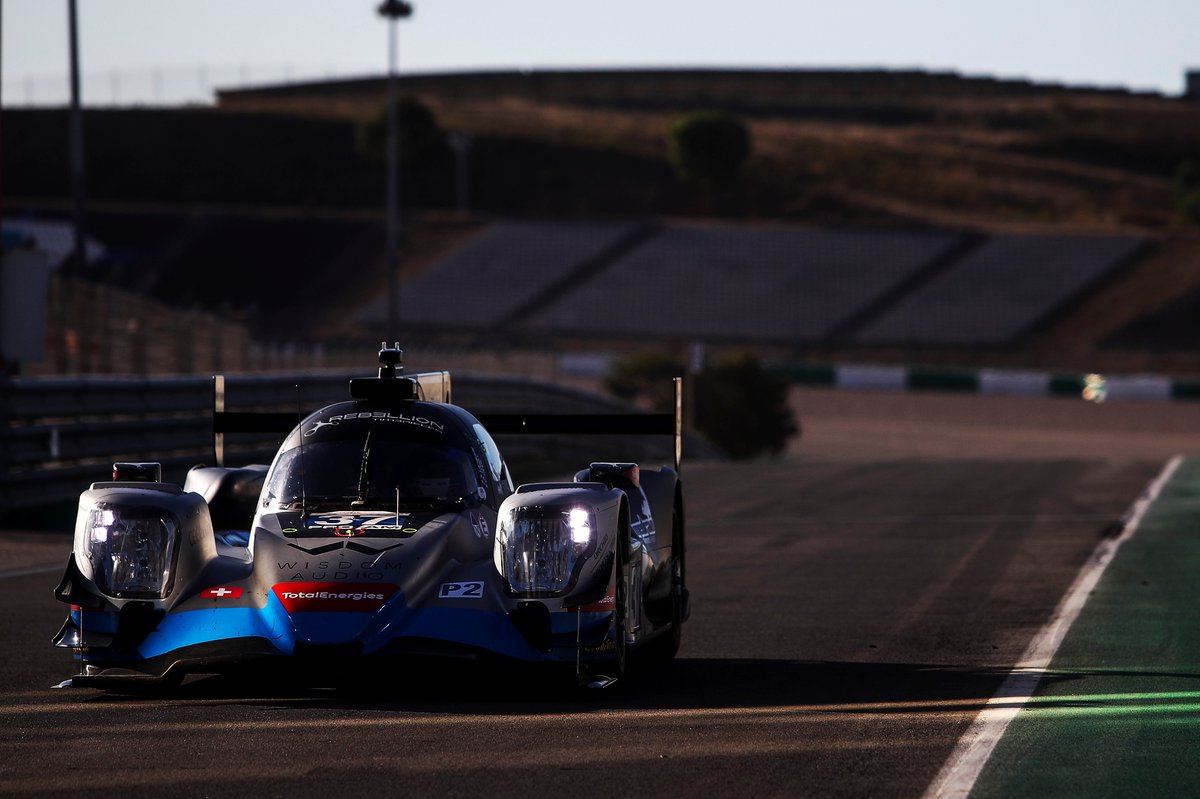 LMP2 Pro-Am went to the dominant Cool Racing team of Milesi, Nicolas Lapierre and Alexandre Coigny. The trio saw off championship leaders G-Drive Racing, but couldn’t do enough to take the title away from John Falb and Rui Andrade.

In LMP3, Team DKR’s Matthieu de Barbuat and Laurents Horr proved to be the class of the field after fending off the #2 United Autosports Ligier, but a penalty after the race for broken rear bodywork dropped it to fourth.

A drive-through penalty for the United drivers Wayne Boyd, Rob Wheldon and Edouard Cauhaupe gave championship contender Horr - who has previously been co-driven this season by Alain Berg and Andros Trophy ace Jean-Philippe Dayraut - even more breathing room in the fight with Cool Racing for the ELMS title and the Le Mans entry that comes with it.

The race went from bad to worse for Cool trio Niklas Krutten, Nicolas Maulini and Matt Bell as the team tried to fight back from a lowly grid position before a slow stop effectively ended the pre-event championship leaders' title-aspirations.

As United Autosports dropped back, Inter Europol Competition's Martin Hippe, Ugo De Wilde and Adam Eteki moved into second, with the Polish team showing great pace to keep the DKR Duqueine in sight. Horr and De Barbuat looked set to have secured the team's fourth consecutive win, until their penalty was enforced.

Iron Lynx’s Rino Mastronardi, Miguel Molina and Matteo Cressoni dominated the final GTE race of the season, seeing off a spirited start from the Proton Competition Porsche to not only win their third race of the season but seal the title as well.