After 12 years racing with Audi, Rene Rast has made the call to part ways with the manufacturer and move to BMW, where he is set to take up a role with the Bavarian brand's LMDh project. Here's a look at why the German ace has made the switch

Rene Rast was destined to spend the entirety of his professional racing career with Audi. After all, the partnership had yielded so much success across a variety of championships that it would have only been natural for Rast to continue with the German manufacturer until he decided to hang up his helmet. Moreover, he would have likely been offered an ambassadorial role by Audi afterwards, ensuring he would have earned a lucrative salary even after retirement.

Yet a series of events have forced Rast to abruptly leave Audi after this season, with a year still left on his contract, and join direct rival BMW as a factory driver from 2023.

The reasons behind his exit from Audi are numerous but chiefly Rast couldn’t see a long-term future at the Ingolstadt brand, especially in the wake of its decision to halt its highly-anticipated LMDh project at the start of the year. Along with DTM rival Nico Muller, Rast was due to lead the development of the car that would have taken Audi back to Le Mans for the first time since 2016, and the said LMDh programme was the basis of a two-year contract he signed in October of 2021.

With the project abandoned, Rast was going to miss out on a chance to represent himself at a world stage and build on his performances in a pair of outings in Audi’s LMP1 car back in 2015. For a driver as hungry for success as him, not being given an opportunity to fight for outright wins at Le Sarthe was a dealbreaker.

But it wasn’t just the absence of a World Endurance Championship programme centred around Le Mans that prompted Rast to jump ship. Audi was out of alternatives to find Rast a compelling option in other championships, certainly in the long-term if not in the near future.

The marque's factory team in Formula 1 doesn’t come on stream until 2026, by which time Rast would be nearing 40 years of age. Plus, a lack of experience in petrol-powered single-seaters means Audi would have no reason to consider him for a race drive, especially when it could find drivers more suited for this role elsewhere.

And that’s not all. The next-generation Audi R8 for the road will ditch its internal combustion engine in favour of electric power, casting doubt over the future of the marque’s customer sport activities in GT racing. A second Evo update of the Audi R8 LMS GT3 was launched only this year, but it’s unclear what will happen when the current model completes its homologation run. Doubts about the future of Audi Sport would have certainly diminished the appeal of a long-term GT programme for Rast. 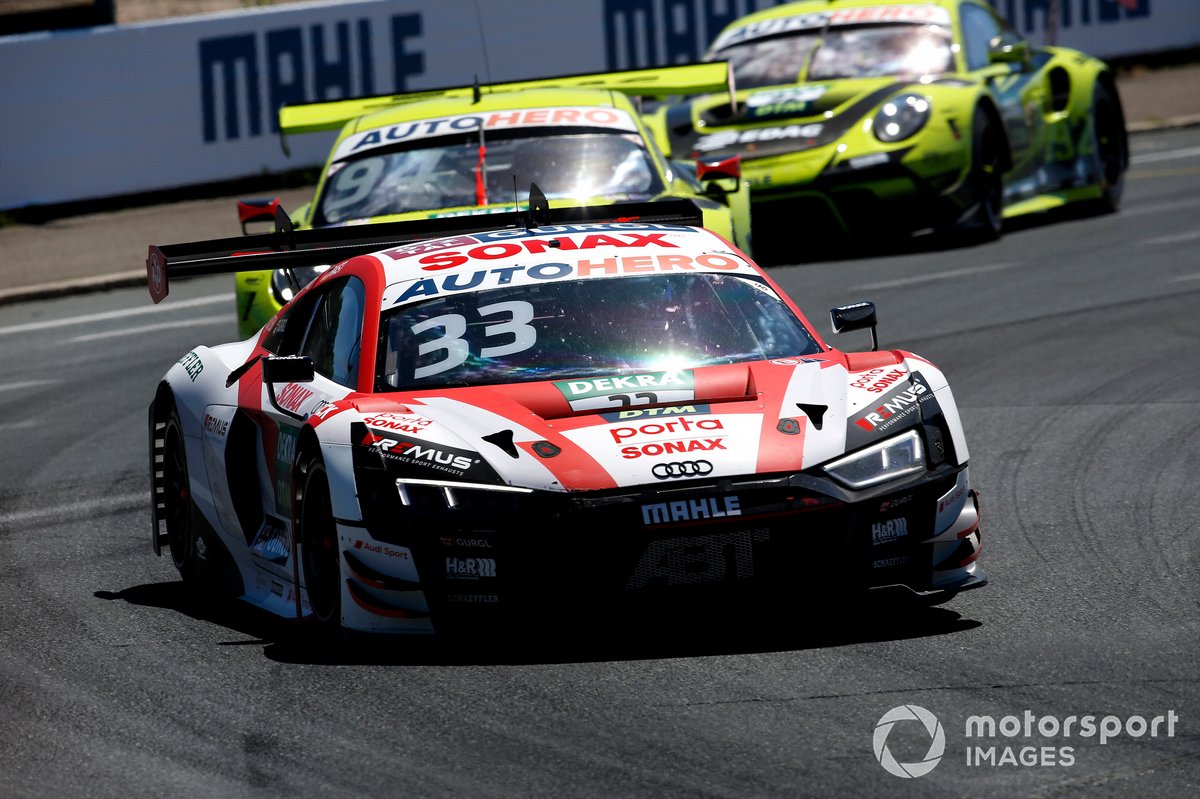 Thankfully for the German, though, Audi understood the situation he found himself in and agreed to release him from his contract at the end of the 2022 season. A special farewell ceremony was also held at Neuburg an der Donau in Germany, where two of his title-winning DTM Class One cars were also showcased.

In fact, Rast’s departure from Audi has been so amicable that he even received permission to test BMW’s own LMDh car at Aragon earlier this month, while he remains technically contracted to Audi until 31 December 2022.

Audi’s former head of factory racing Andreas Roos has been central to luring Rast away from the Ingolstadt-brand, having joined BMW this year as the head of all its motorsport operations. Rast and Roos first held discussions about a possible move to BMW during the IMSA race weekend at Sebring in March, where Rast was competing for G-Drive in an LMP2 car. The talks between the two escalated from there and Rast was formally named a BMW factory driver on 22 August, a week after his exit from Audi was confirmed.

Having his former boss Roos at BMW means he will have a confidant to work with in a new environment, especially in the wake of the criticism levied at outgoing Audi Sport boss Julius Seebach, who will be replaced by Rolf Michl from 1 September.

Both Lucas di Grassi and Mike Rockenfeller indicated that they didn’t receive the same support under Seebach as his predecessors Dieter Gass and Wolfgang Ulrich, shortly after their contracts with Audi were not renewed at the end of the 2021 season. Moreover, it was under Seebach’s reign that long-time GT affiliate WRT decided to leave Audi from 2023, ironically to join forces with BMW like Rast.

After leaving Audi, WRT will run BMW’s factory programme in WEC from 2024, and Rast is expected to lead the marque’s first assault at an overall Le Mans win since 1999. The German driver has spent this year racing for WRT in the LMP2 class of WEC, and as such is already up to speed with prototype machinery in racing conditions.

And of course, there was the recent LMDh test as Aragon, further boosting his preparations for 2023. It is on the back of this recent prototype experience that Roos suggested that Rast could make race appearances in the BMW M Hybrid V8 in IMSA next year, before his expected graduation to a full-time seat in WEC in 2024. It is likely that he could be slotted into BMW’s line-up at one of the four Michelin Endurance Cup events in IMSA next year, where extra drivers are required on top of the regular two-driver crew. 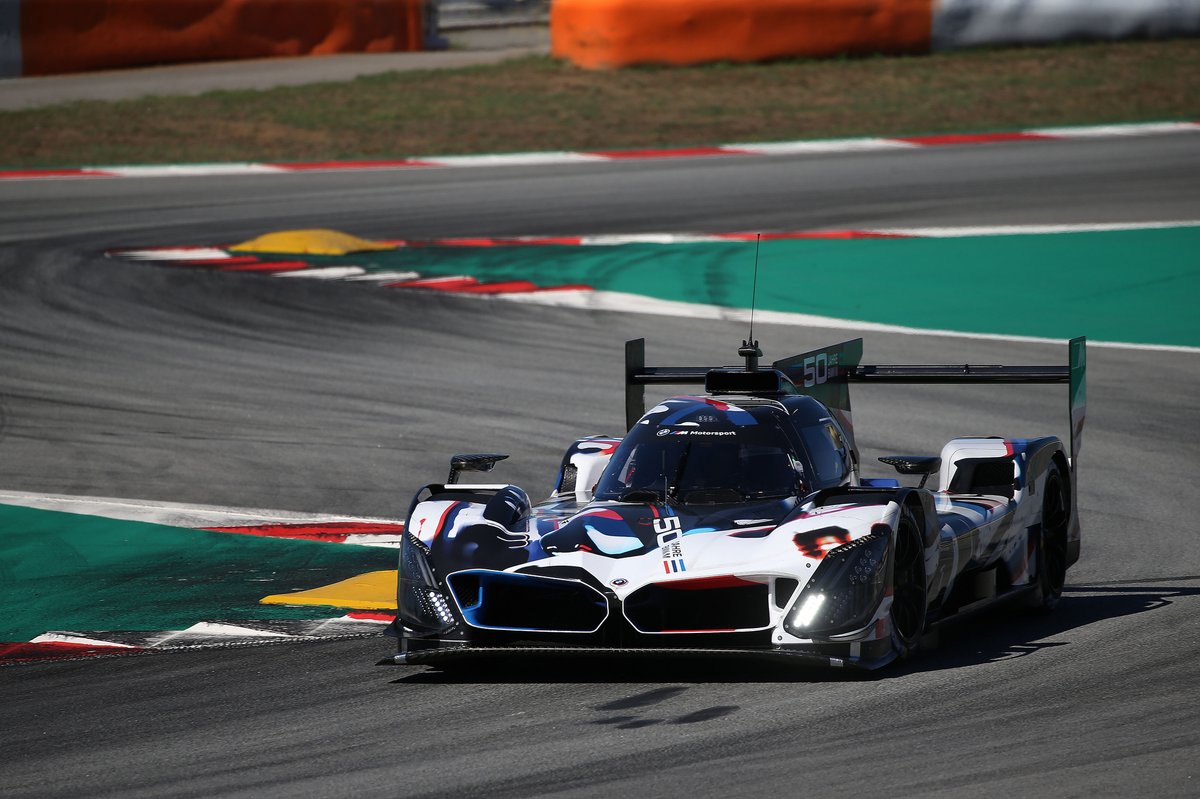 The exact details of Rast’s 2023 campaign cannot be worked out until next year’s calendar is released, but the German driver is also expected to take part in several GT races - and a return to the DTM in the BMW M4 hasn’t been ruled out.

Rast’s 2023 programme with BMW will have to fit in with his Formula E schedule, having signed a deal with newcomer McLaren that has taken over the running of the Mercedes team.

Rast earned plenty of plaudits for his quick adaptation to the quirks of FE in 2020, when he replaced the ousted Daniel Abt in Audi’s line-up alongside di Grassi. This earned him a full-season campaign the following year and, although a victory remained elusive as Audi only finished fourth in the teams’ standings, he impressed then-Mercedes FE chief Ian James enough to sign him up for the 2023 season.

Rast will, however, have to wait a while before being able to jump into the Gen3 car and begin preparations for his return to Formula E. Due to the Brackley team switching from a factory operation to a Nissan powertrain customer after being taken over by McLaren, nor Rast or his unannounced teammate have been able to complete any running just yet. A team of senior McLaren personnel will attend a joint manufacturer test in September to closely follow the progress of powertrain supplier Nissan, before deciding how to use its own allocation of test days.

For Rast this means he can prioritise his duties in the DTM, where he is currently locked in a tight championship battle with the likes of Lamborghini driver Mirko Bortolotti, future BMW squadmate Sheldon van der Linde and fellow Audi driver Muller. A fourth title in the series would certainly be a fitting way to pull the curtains on his stint as an Audi driver, and possibly his time in the DTM itself.

But no matter who lifts the championship trophy at Hockenheim at the beginning of October, Rast will go down in history as one of the finest drivers to ever race for the revered German brand.

If only Audi had decided to continue in Formula E or go through with its LMDh project, it would have been writing a new chapter in its successful partnership with Rast... 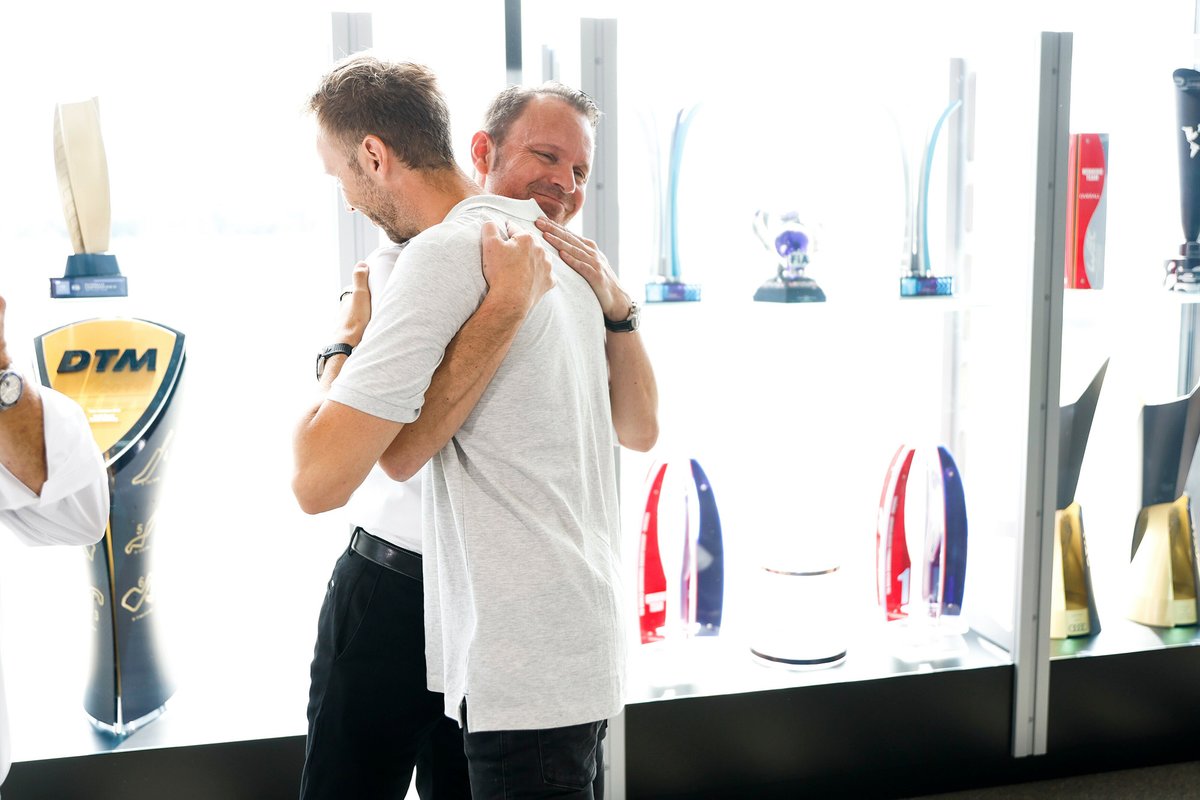