Audi driver Kelvin van der Linde feels he was lucky to avoid a “bigger disaster” when his car suffered a sudden shutdown while in the lead of the second Lausitzring DTM race.

Having qualified fourth at the part-oval German circuit, Abt Sportsline’s van der Linde cleared the Mercedes cars of Maximilian Gotz and Philip Ellis in the opening laps and then jumped the Ferrari of Red Bull junior Liam Lawson in the pits to move to the front of the pack.

But just when a second victory of the season looked certain, van der Linde's Audi R8 LMS GT3 mysteriously slowed down on lap 28 of 36 with a technical problem that was out of his control. The South African dropped behind both eventual winner Gotz and Lawson before he could perform a full reset, losing 10 points to his rivals in the championship fight.

Explaining the problem that cost him a likely win, van der Linde said he was lucky to salvage a podium position, given a similar issue forced him and WRT team-mate Benjamin Goethe to retire from the final lap of a GT World Challenge Europe race at Misano earlier this month.

“It’s mixed emotions today,” said the 2017 Nurburgring 24 Hours winner. “I’m happy to score some more points in the championship, but controlling the race when you have a technical issue is tricky.

“The car turned off in Turn 1 and I had to reset everything. Luckily it happened where it happened because I was able to sort of free wheel and keep the momentum on the straight.

“If it had happened on a slower corner like Turn 2 or 3, it probably would have been a bigger disaster.

“But I managed to reset it. It happened to me two weeks ago in a race, funnily enough, so I knew exactly what to do and how to reset everything again. So just happy to salvage the points for P3.” 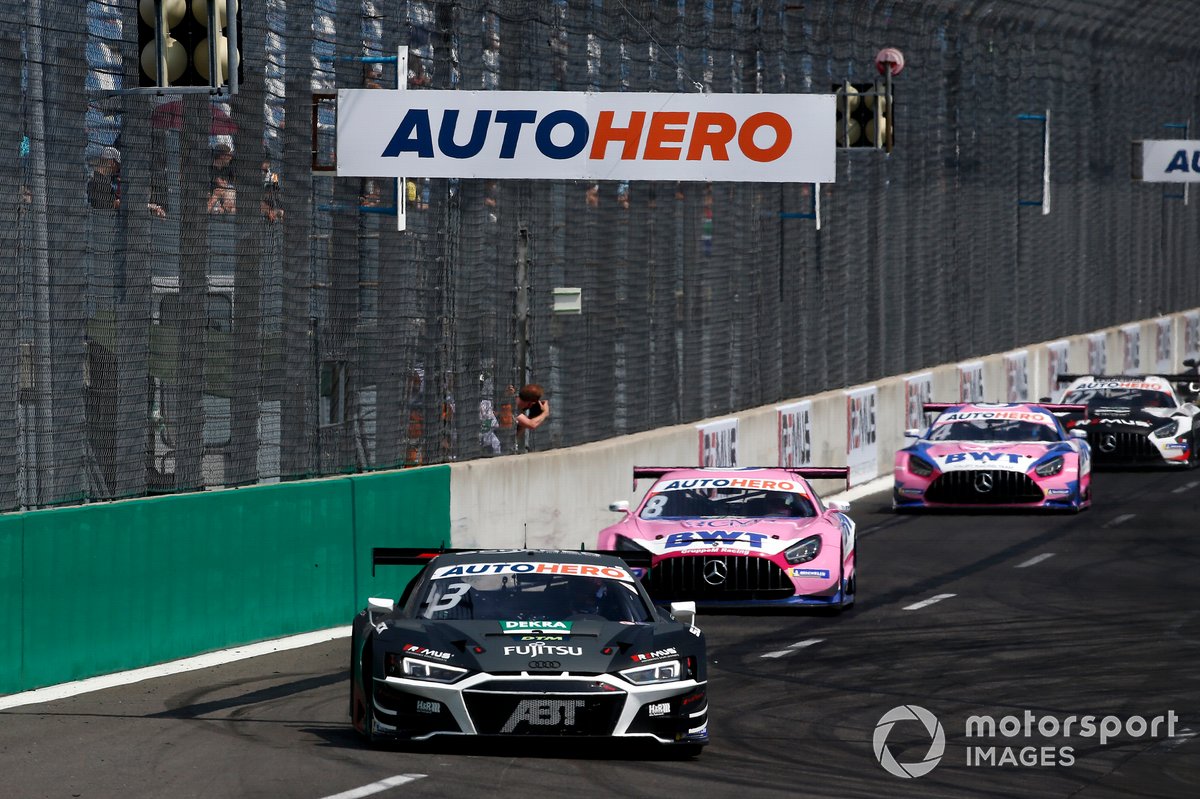 Asked if he could feel something was wrong with the car before it almost ground to a halt, he added: “The issue today was very unexpected. You don’t expect at Turn 1 for the car to completely shut off.

“It’s an issue we need to look into, it’s already happened twice this year. At Misano in the GT World Challenge, we had a DNF there.

“I was lucky that after the [GTWCE] experience I knew how to react and what to do to keep the car running. It saved us a couple of points today. Let’s see if we can get it fixed for the next race.”

However, despite his points lead and extensive race experience in GT3 machinery, the South African doesn’t consider himself the favourite for the title yet.

Asked if he is already thinking about the championship, the 25-year-old said: “No, not really.

“We’ve done four races from 16 and anything can happen as you saw on Sunday. Maxi [Gotz] had a DNF on Saturday and then he comes back and wins on Sunday.

“There’s still a lot of races to go, a lot of tracks that will suit us, but at the same time some tracks that will not suit us. Me and Liam have been very consistent until now which shows, but we’ve still got to do that for another 12 races.”