Norisring DTM polesitter Kelvin van der Linde says he was too "cautious" in the race as he wanted to "show that I had learned" from incidents at last year's event.

The Abt Audi driver held the lead at the initial race start from Thomas Preining, but lost out to the eventual winner in the lap seven restart following an opening lap crash that caused a safety car as the Team Bernhard Porsche powered around his outside.

Van der Linde ran second until the pitstop phase, when he dropped behind team-mate Rene Rast, then was shuffled backwards in subsequent restarts before contact with Mirko Bortolotti's Grasser Lamborghini approaching Turn 4 resulted in a secondary hit with his team-mate Ricardo Feller.

He was able to keep running despite steering damage, but decided to retire while running outside the points to save tyres for Sunday's second race.

Asked whether he could have been more aggressive in defending the lead from Preining, van der Linde said that he "didn’t want to be [aggressive] today" after earning criticism for his Turn 1 contact with championship rival Liam Lawson in last year's title decider.

That followed a bold move, also into Turn 1, in the opening race when he had run wide attempting to pass Lawson.

Explaining that he "didn’t expect [the Porsche] to be that strong on the brakes", Van der Linde told Autosport: "The main start I actually managed quite okay, I thought ‘okay cool, we’ll get away, we can lead the race’.

"And then the restarts came and I felt it was a lot more difficult every time as [the Porsches] got into the rhythm and they were able to get good, clean starts. So I was just trying to survive Turn 1 every time. 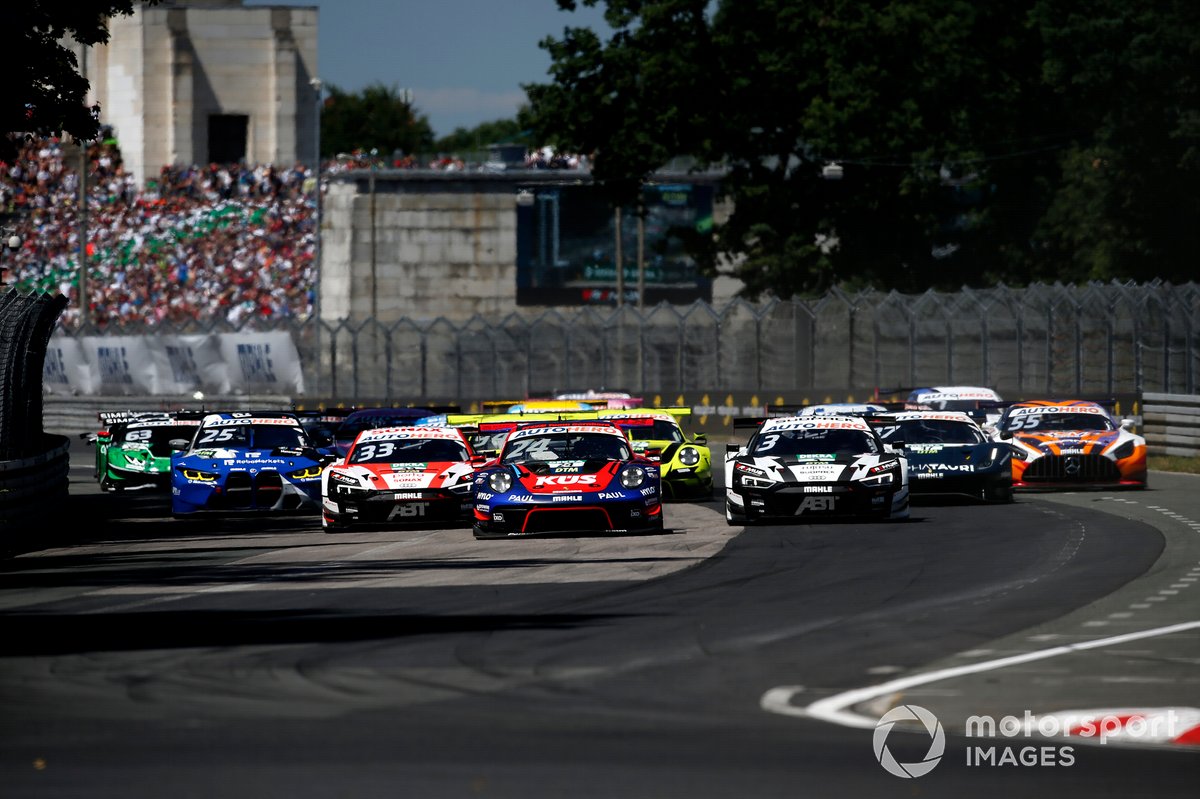 "To be honest, I don’t think it was the day to be aggressive. Especially looking back, I didn’t want to be that guy again, so I probably was more cautious than I needed to be in certain scenarios.

"You’re either the asshole, or you back out and then you just get driven into."

Asked if he had tried to put last year's events out of his mind before the event, the South African added: "Naturally you always want to look forward and stuff, but obviously the view to Turn 1 was the exact same so I had a bit of déjà vu, no question.

"I just didn’t want a repeat, [I wanted to] try and show that I had learned from it and do it the right way. But nonetheless, I think it’s a different scenario anyway.

"I don’t think there was really going to be an option today to win, even as you saw with Rene [Rast, who was also passed by Preining on a restart], it’s very difficult to keep the lead into Turn 1."

Van der Linde explained that "my pitstop was a disaster", which put him out of sequence and put him in a vulnerable position at the following restarts before the contact with Bortolotti.

"Third was in my opinion the worst place to be today," he said.

"You can’t go right and brake late and try and hang it on the outside and you can’t really go inside either. So you’re just following and you just get backed up as the leader brakes a bit earlier."