He returns to Phoenix, which he raced for when both driver and team were a part of Opel's DTM entry early in the 21st century.

"I had a great time with Abt and am leaving with a tear in my eye," said Scheider.

"On the other hand I'm looking forward to driving for the outfit that has provided the DTM champion twice in the past three years [with Rockenfeller in 2013 and Martin Tomczyk in '11].

"Besides that I know the team really well from my days before Audi."

Scheider takes the place of Miguel Molina at Phoenix, with the Spaniard returning to Abt, where he raced from 2010-11.

Audi has made a second change to Abt's line-up, as former Mercedes driver Jamie Green switches to Team Rosberg.

He will be joined there by DTM rookie Nico Muller as the Swiss driver moves across from single-seater racing.

Green's Abt seat is filled by Edoardo Mortara (pictured), who had a disappointing season in 2013 after being a race winner for Rosberg the previous year. 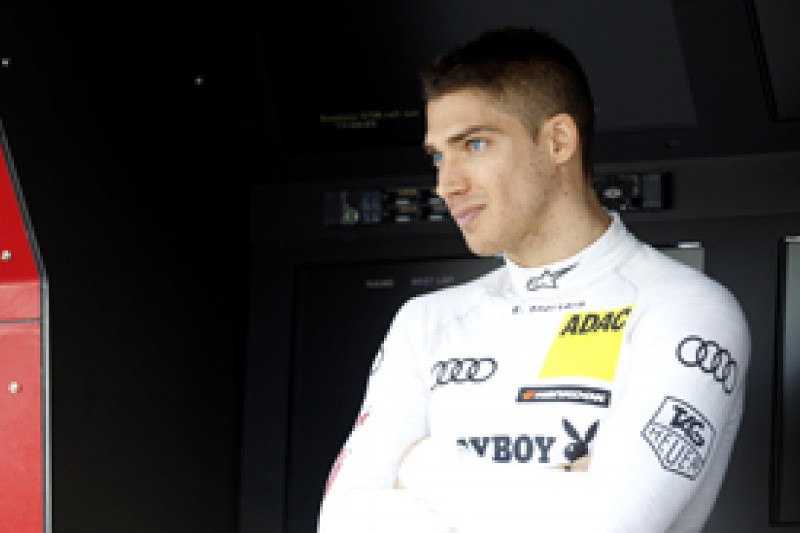 The other half of Abt's four-car line-up is unchanged, with two-time champion Mattias Ekstrom and Adrien Tambay staying on.

Audi's DTM boss Dieter Gass said: "Following extensive discussions, all the parties involved feel that we've found the best solution to come up with as strong a line-up as possible.

"On the one hand we are banking on continuity, as we're going to have seven of our previous drivers on the grid again in 2014.

"On the other hand, we feel that a change now and then won't hurt.

"That's why we're convinced that we're well-set for the new season with our modified line-up."