After five seasons in F1 with Toyota and Marussia, Glock switched to the tin-top series in 2013 with BMW.

He finished that first campaign with victory in Hockenheim's season finale, but had only visited the podium on one more occasion before recording his second DTM victory, from his maiden pole position, at Oschersleben last Saturday.

"In my Formula 1 times, I was watching this championship and I couldn't understand and I couldn't figure out why young kids come in from Formula 3 and they are just on top of it, really quick straight away," he said, when asked by AUTOSPORT to describe the two years between wins.

"Then there are guys coming from Formula 1 with huge experience and they struggle to get this right.

"I was sitting in front of the TV and said, 'this can't be so difficult. What is so difficult about driving this touring car?'

"I did the first test in Valencia and I learned about this really, really well, because after that one, I straight away realised that it was something totally different.

"We're talking not about seconds, we're talking about the last three tenths, which is the hard work."

Glock says the biggest factor was stepping into machinery weighing twice as much as an F1 car, with DTM racers operating around a base weight of 1120kg. 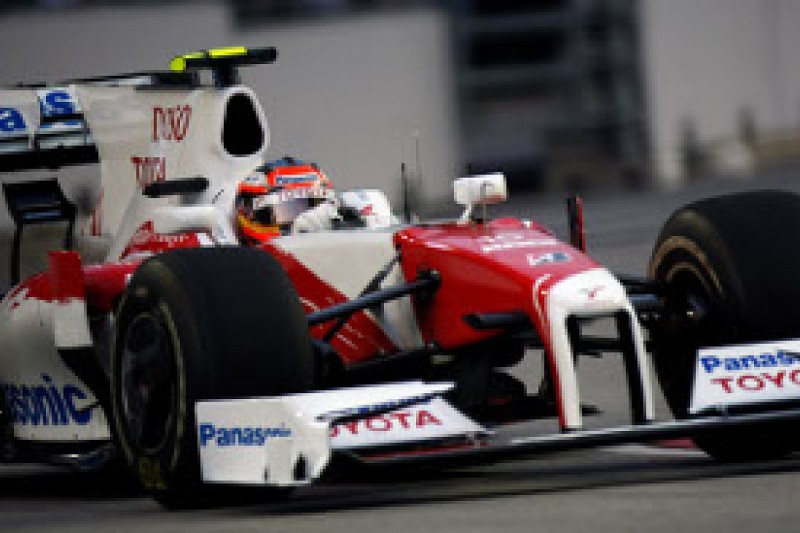 "The weight difference of this car makes the feeling really bad, or worse than in Formula 1, and that's a struggle," he said.

"You say, 'OK, I arrive at the corner and I brake two metres later and make some time up', but you get the bill at the exit of the corner. You will not make it up.

"You're talking about one or two metres, or 10 bar of brake pressure.

"To get this right, it's so difficult and if you approach your whole life, or most of your time, in Formula 1 cars going into a corner with 320 km/h, it means you have to brake at 100 metres.

"The vision and everything just doesn't work in your mind. You arrive there and think, 'it cannot be possible that I need to brake that early', and that makes life difficult."