Audi has confirmed a line-up of two-time DTM champion Rene Rast, Loic Duval, Mike Rockenfeller and Benoit Treluyer for the joint races between DTM and SUPER GT at Fuji

Following BMW's announcement it had chosen Alex Zanardi as part of its three-car line-up at Fuji, Audi has also picked a driver outside of its DTM commitments in Treluyer.

Three-time Le Mans 24 Hours winner Treluyer won the Formula Nippon - now Super Formula - title in 2006 and followed it with a SUPER GT title two years later, but has competed only sporadically since the end of Audi's LMP1 operation in 2016.

Audi previously indicated it was keen for customer squad WRT to take part at Fuji, and Treluyer will drive a WRT-run Audi RS5 DTM with support from Audi Japan and Hitotsuyama Racing, which runs Audi's SUPER GT GT300 operation. 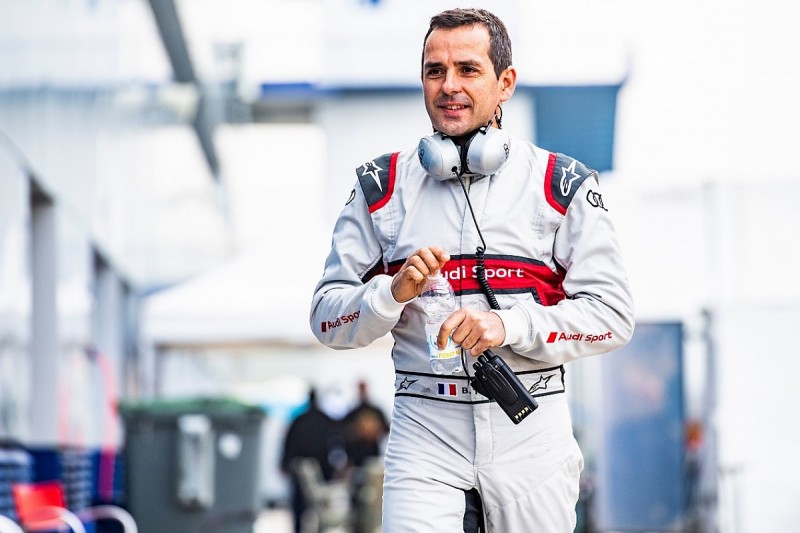 "The race at Fuji makes a dream come true for me," said Treluyer, who took part in a DTM rookie test for Audi in 2018.

"It combines two elements to which I owe the biggest successes in my career: Japan and Audi.

"Obviously, after three years with only a few races, it won't be easy for me. But I'm going to give my best and hope that I won't disappoint WRT, Audi and my Japanese fans."

The Fuji promoter had been keen for Audi to run drivers that resonate in the local market, making Duval an obvious candidate as a veteran of six SUPER GT campaigns and a champion in 2010.

Rast had always been likely to compete at Fuji considering his profile as DTM champion, while title contender Nico Muller and Robin Frijns were ruled out due to the clash between what is being dubbed the "SUPER GT x DTM Dream Race" and Formula E's season opener in Saudi Arabia.

"Obviously, we'd have preferred taking all of our drivers with us to Japan," said Audi motorsport boss Dieter Gass.

"However, because of the concurrent Formula E season opener alone this wasn't possible.

"I'm delighted that all three Audi Sport Teams will be on the grid at Fuji and that our customer team WRT also managed to carry out the commitment in Japan."

Rast will compete for his regular DTM outfit Rosberg, as will Duval for Phoenix, while Rockenfeller returns to Abt, due to Muller's and Frijns's absence, having won at Zandvoort with the squad in 2011.

Audi's announcement means that five of the seven DTM seats at Fuji have now been filled, with BMW yet to announce the two drivers that will join Zanardi at Fuji.

R-Motorsport announced at the Nurburgring earlier this month that it would not take part in the race to focus on the 2020 development of its Aston Martin Vantage DTM.

Next weekend, SUPER GT manufacturers Honda, Nissan and Lexus will compete at Hockenheim - with 2009 Formula 1 world champion Jenson Button representing Honda - to set the initial Balance of Performance for Fuji.