With the track still damp after overnight showers, the entire field initially headed out on wet tyres for their first runs in the 20-minute pole shootout.

It was the Red Bull Ferrari of Nick Cassidy that set the early pace, leading the Porsche of Saturday race winner Dennis Olsen with a time of 2m28.459s.

Going into the second half of the session, the track had dried out sufficiently for some drivers to gamble on slick rubber, with reigning champion Maximilian Gotz the first to make the switch in his Winward Mercedes.

The Abt Audi of last year’s GT Masters champion Ricardo Feller followed suit and went more than a second quicker than Cassidy’s benchmark with a 2m27.190s, making it clear that slicks were now the tyres to be on.

As the track continued to dry out, a flurry of quick laps followed, with a new driver moving to the top spot every 30 seconds.

It soon turned into a race of who could be the last to cross the finish line, and three-time champion Rast timed his run perfectly, posting a rapid time of 2m23.424s at the death of the session to seal pole position.

The Abt Audi driver ended up just 0.044s ahead of van der Linde's Schubert BMW, the South African appearing set for his third pole position of the year until Rast overhauled him with a late flier.

Behind the two championship contenders, Cassidy secured his best qualifying result in DTM with a time of 2m23.476s in his AF Corse Ferrari, just 0.052s shy off the top spot. 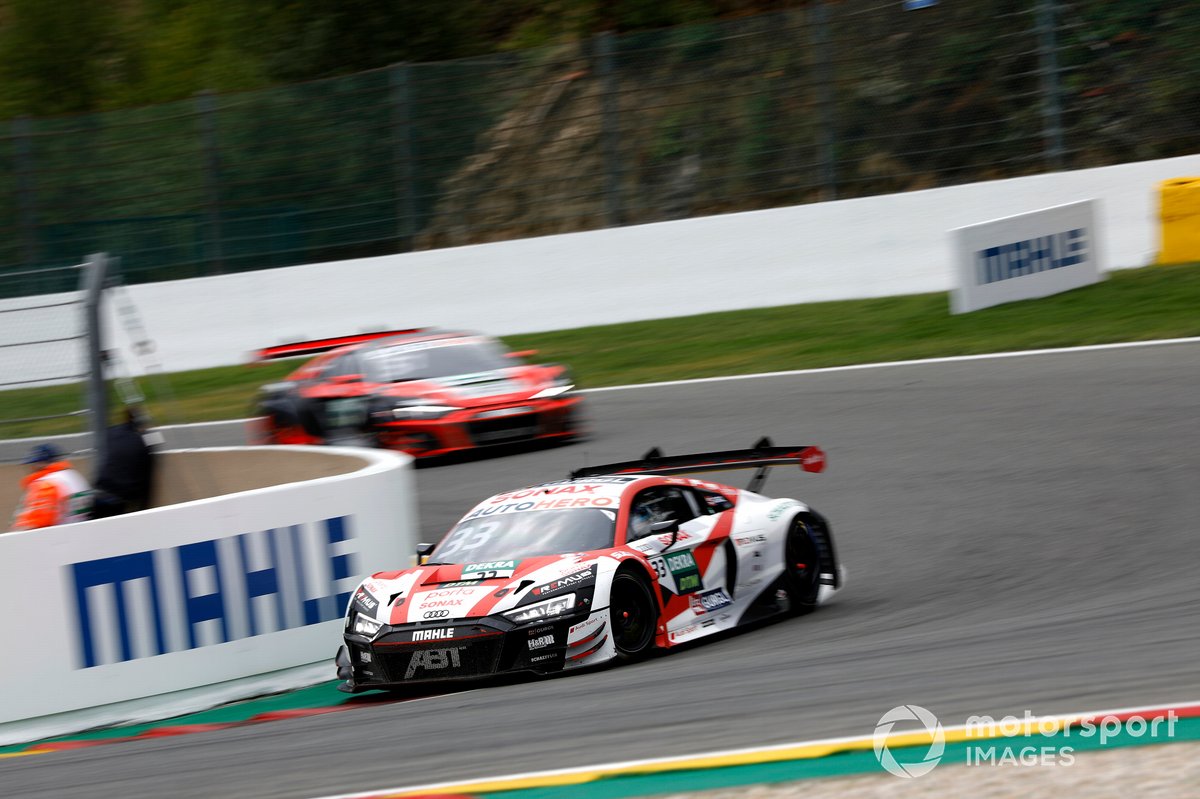 GruppeM driver Mikael Greinier was Mercedes’ top qualifier in fourth, ahead of team-mate Maro Engel and fellow AMG GT3 driver Gotz, while Feller had to settle for seventh despite his early heroics on slick tyres.

Thomas Preining put his Team Bernhard 75 Porsche up to eighth, while Grasser’s Clemens Schmid was the only Lamborghini driver inside the top 10 in ninth.

After retiring from Saturday's race while running second with a puncture, Gotz's Winward team-mate Lucas Auer rounded out the top 10 as Kelvin van der Linde (Abt Audi) and Felipe Fraga (Red Bull Ferrari) qualified right behind him in 11th and 12th respectively.

Mirko Bortolotti’s title hopes took another blow as he struggled to 22nd in qualifying in his Grasser Lamborghini with a time that was nearly 3s off the pace. He'll start one spot ahead of Olsen, who tumbled back to 23rd.