Red Bull protege Liam Lawson says he no longer wishes to remain in the DTM after the controversial manner in which the championship was decided last weekend.

Lawson was denied the chance to win the DTM title in his rookie season when he became an innocent victim to an opening lap collision triggered by his championship rival Kelvin van der Linde in Sunday’s final race at the Norisring.

With his Ferrari suffering severe suspension damage and lapping at the rear of the field, the Kiwi helplessly watched on as Maximilian Gotz snatched the title from his grasp with the help of team orders from Mercedes.

An emotional Lawson lashed out at van der Linde in the immediate aftermath of the race, calling him an “idiot” and the “dirtiest driver he’s raced against” for crashing into him twice during the final round.

On Wednesday van der Linde took to social media saying he had apologised to Lawson about the incident.

Having had the time to reflect on the weekend, Lawson says he thoroughly enjoyed his rookie campaign in the DTM, but the events at Norisring left him with a sour taste in the mouth about the quality of racing in the championship.

PLUS: How the DTM's shambolic finale poses awkward future questions

“It was two separate incidents,” the 19-year-old said during the latest episode of This Week with Will Buxton on Motorsport TV.

“In the end team games in the last few laps, but the Turn 1 incident for me was the most frustrating part of the whole weekend because the exact same thing happened in the first race and you'd think people would learn from their mistakes.

“So it was just gutting not to get the chance to actually get to the first corner and have a chance at the race.

“But in the future it's not something I want, not the championship, not the way the weekend went down. I loved the season. I really enjoyed my DTM campaign, it was really so much fun. A lot different in many ways to what I'm used to. 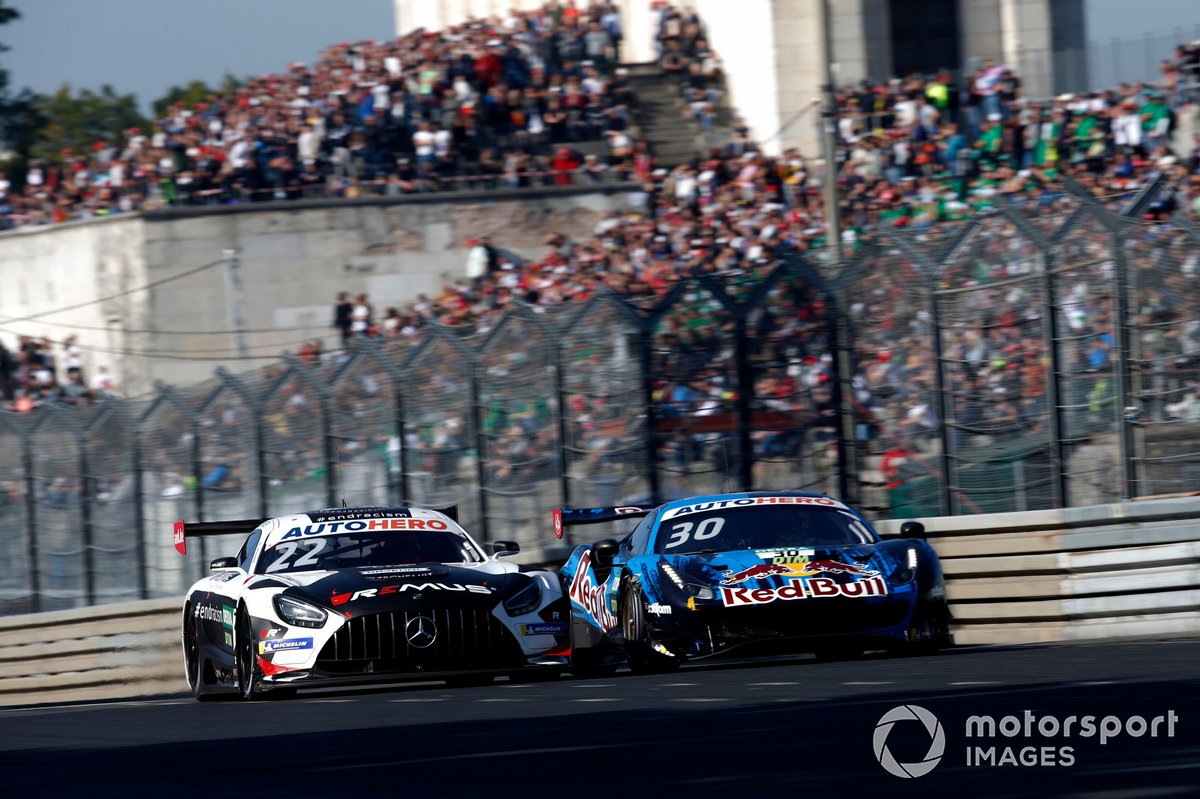 “In a way, I felt like working with this team that I didn't feel so much like a junior anymore, I felt like I was treated a bit more like a professional, and that side of it was awesome.

“I really enjoyed that. And the season as a whole was fantastic and I'm really proud of the whole team, but the way the season finished, no, it's not something I expected or saw coming or would like to be a part of in the future.”

Red Bull has yet to announce whether it would continue in the DTM in 2022, but its motorsport advisor Helmut Marko has confirmed that Lawson would not be a part of the outfit should it decide to remain in the series next year.

“DTM is over for him next year,” Marko told Autosport's sister title Motorsport-Total.com. “Liam is doing the full Formula 2 season next year.

“He's doing the young driver [Formula 1] test and otherwise he'll have a couple of Friday [practice] entries if that's possible from a regulations point of view."

Red Bull Ferrari a target of rivals teams all season

Although Balance of Performance remained a point of contention all season, several teams raised their eyebrows when Lawson took a double win at the Red Bull Ring in September, overcoming a 25kg ballast in the second of the two races.

There were also repeated calls to ban the pitstop procedure introduced by AF Corse at the first race at Monza, which couldn’t be copied by teams running cars from Audi, BMW or Lamborghini due to technical reasons.

When asked if he felt AF Corse was a target of rival teams all season, Lawson agreed with the assessment, and also rubbished allegations that the Red Bull-backed outfit was given special treatment by the championship.

The Kiwi also pointed out how stand-in team-mate Nick Cassidy - who slipped to the back at the start after being caught in the opening lap incident - was prevented from charging his way through the pack by some questionable defending from Gotz’s Mercedes allies. 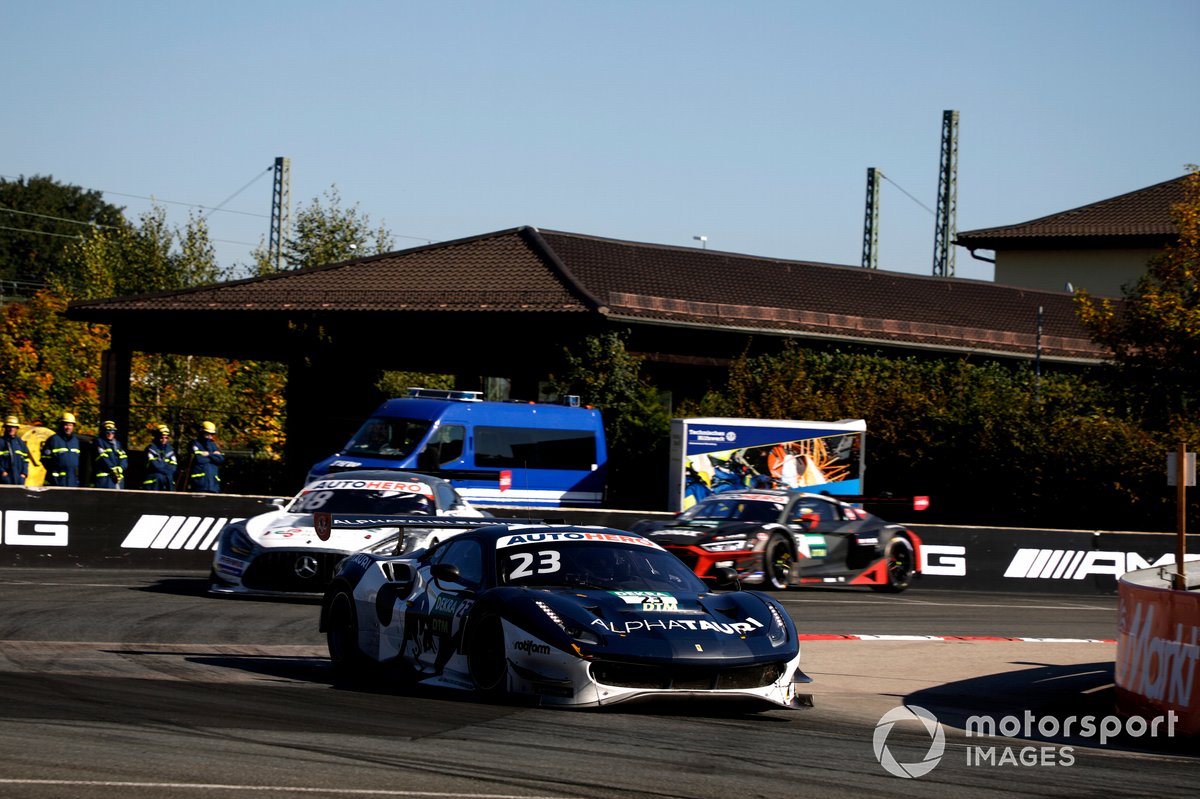 “All season long we've been hammered by other teams quite often in the press, relating to BoP and things like this,” he explained.

“Even at Hockenheim after the Race 2 incident with van der Linde again, he basically smashed me off and got a five-second penalty, and in the media it was really, really biased to get the penalty, that we are getting treated differently and stuff like this, which is completely a joke.

“But I felt like especially on the [Norisring] weekend I felt like we were definitely a target. Nick [Cassidy] was the sole car after mine was broken and coming through the field you could see that he was up against six Mercedes at one point, five or six Mercedes, and that situation.

“In the end I think the last couple of laps he was just getting purposely driven into a straight line and stuff like this to make sure there was absolutely no way he could get through.”