Having already set the pace in Friday practice with a time of 1m29.275s, Lawson led the majority of qualifying to beat the Mercedes of Maximilian Gotz by almost three tenths of a second.

As the session got underway, Mucke Mercedes driver Maximilian Buhk was the first driver to beat Lawson’s benchmark from Friday, lapping the circuit in 1m29.066s.

Lawson then found a chunk of time on his first flying lap, moving to the top the leaderboard with a 1m29.648s.

Rowe BMW’s Sheldon van der Linde was the next driver to take the top spot, before home hero Lucas Auer edged him with a time of 1m28.506s in the Winward Mercedes.

Lawson then snatched the top spot again with a 1m28.094s before improving further to a 1m27.851s, putting himself 0.378s clear of his nearest rival as the first runs came to an end.

While several drivers were able to improve in the final part of qualifying, none of them could come anywhere close to Lawson’s time in the AF Corse-run Ferrari, the Kiwi securing pole position for the Red Bull team on its home turf.

Gotz ended up second in the HRT Mercedes after improving to a 1m28.122s late in the session, while GetSpeed Mercedes Arjun Maini jumped to third with a 1m28.240s to secure his best-ever starting position in the DTM. 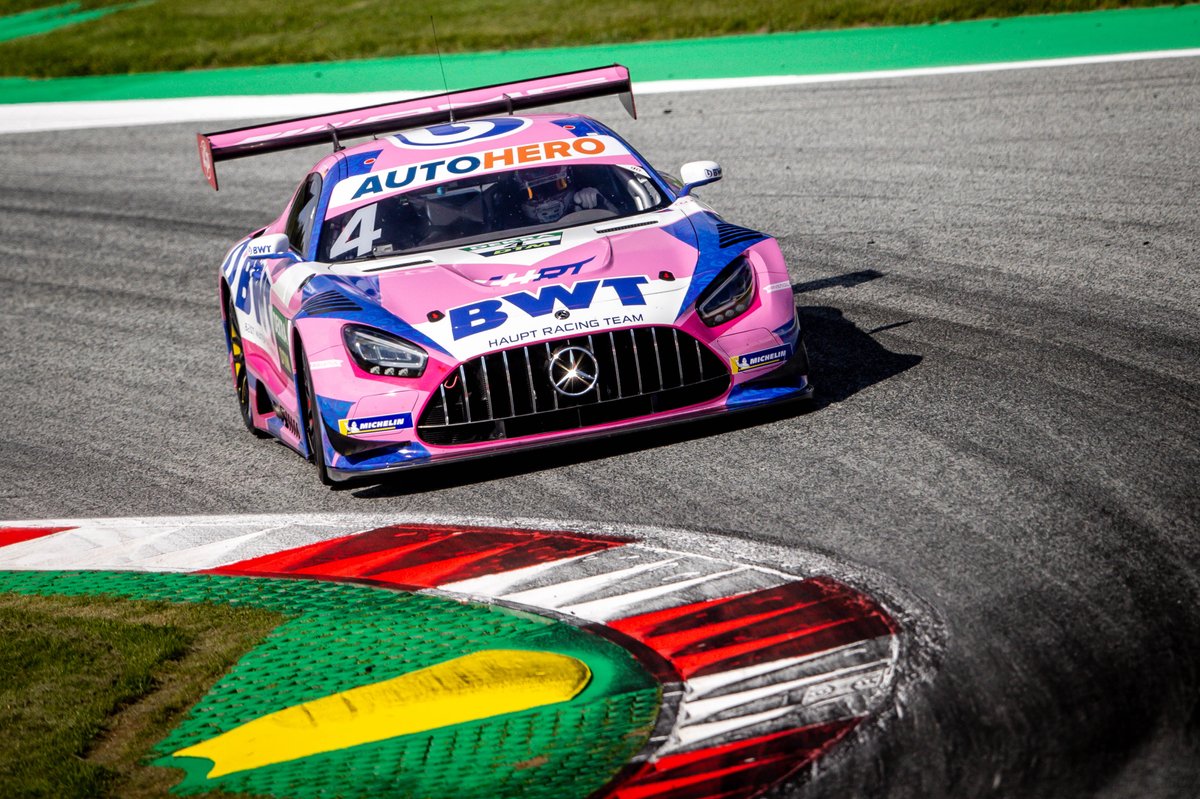 Sheldon van der Linde was BMW’s top qualifier in fourth, just 0.001s behind Maini, while Philip Ellis rounded out the top five in the Winward Mercedes.

Nurburgring Race 2 winner Alex Albon couldn’t match the lap of his younger team-mate Lawson but still ended up a solid sixth with a time of 1m28.286s, ahead of the Walkenhorst BMW of Marco Wittmann.

Championship leader Kelvin van der Linde completed qualifying with a single set of tyres and ended up eighth on a track he feels doesn’t suit the characteristics of the Audi R8 LMS.

He was still the top qualifier of the Ingolstadt-based marque with Team Rosberg’s Nico Muller finishing only 14th quickest and his own Abt Sportsline team-mates Mike Rockenfeller and Sophia Floersch down in 18th and 20th respectively.

Meanwhile, Vincent Abril qualified ninth in the HRT Mercedes ahead of the sister AMG GT3s of Buhk, Daniel Juncadella (GruppeM) and Auer.

Van der Linde leads the championship on 129 points heading into the first race at the Red Bull Ring, with his nearest challenger Gotz 33 points adrift of him. Lawson is now placed fourth after bagging three points in qualifying, ahead of his team-mate Albon.