The two-time DTM champion led the majority of the 20-minute qualifying session, with a time of 1m28.478s putting him at the top of the timesheets after the first runs.

Lap times tumbled as the car returned on track in the final five minutes, with Maximilian Gotz moving to the top of the leaderboard with a 1m28.362s in the HRT Mercedes.

However, Wittmann responded immediately in his Walkenhorst BMW, breaking the 1m28s barrier on his next flying lap to snatch the position back from his fellow countryman.

Saturday polesitter Liam Lawson then tried to spoil Wittmann’s party with a purple time in sector 2, but he ultimately fell just 0.026s short of securing a clean sweep of pole positions on Red Bull’s home ground.

However, Wittmann’s pole time of 1m27.892s was fractionally slower than what Lawson managed on Saturday in the AF Corse Ferrari due to varying track conditions.

Meanwhile, Sheldon van der Linde put two BMWs inside the top three in the Rowe Racing BM6, 0.174s down on the ultimate pace set by Wittmann.

Gotz continued his consistent run in the 2021 season by securing a spot on the outside of the second row after improving to a 1m28.133s, beating the Winward Mercedes duo Philip Ellis and Lucas Auer, who qualified fifth and sixth respectively. 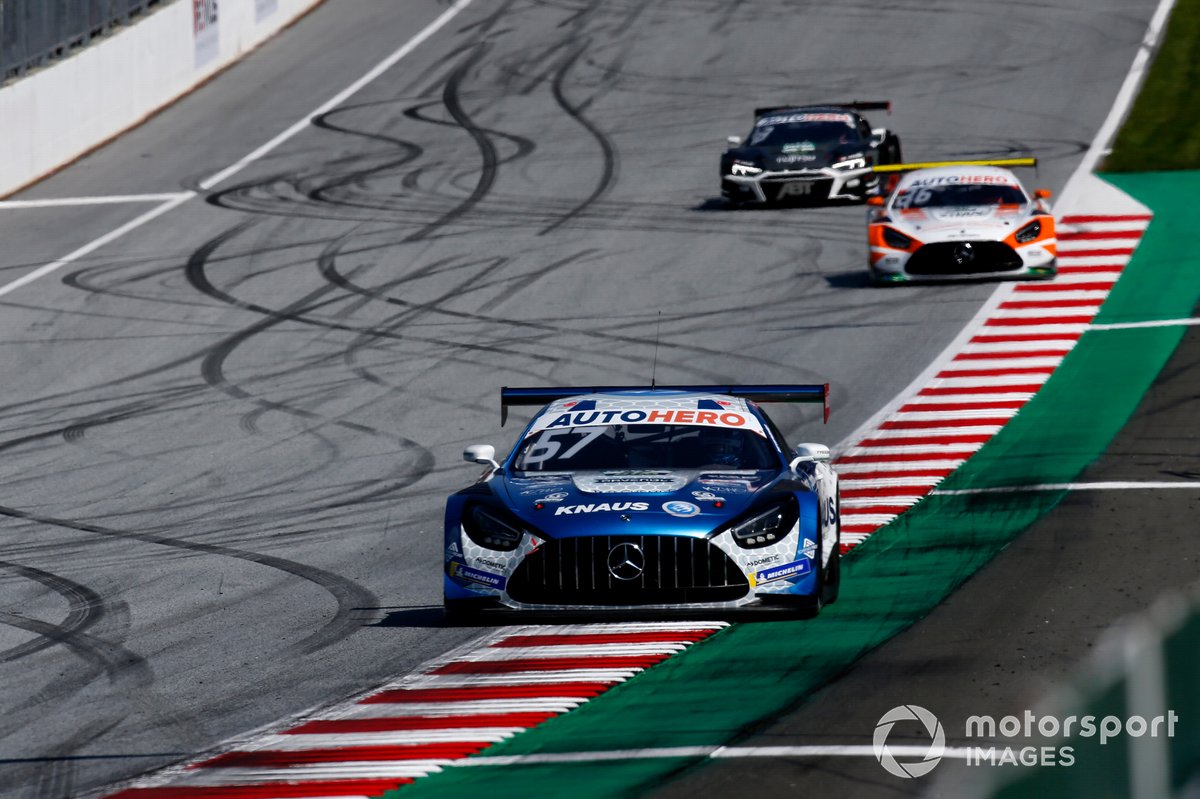 Championship leader Kelvin van der Linde was again Audi’s top qualifier on a track that doesn’t suit the characteristics of the R8 LMS, ending up seventh in the Abt Sportsline entry with a time of 1m28.350s.

HRT’s Vincent Abril qualified eighth while the top 10 was rounded out by the second Red Bull-backed entry of Alex Albon and the GetSpeed Mercedes of Arjun Maini - the latter making it five cars from the Stuttgart brand inside the first five rows.

Timo Glock could only manage the 11th fastest time in the second of the Rowe BMWs, while Nico Muller was a lowly 13th in the Team Rosberg Audi.

Daniel Juncadella endured a disappointing session for GruppeM Racing, ending up as the lowest-placed Mercedes driver in 15th place, just ahead of 2013 champion Mike Rockenfeller and his Abt Audi.