R-Motorsport Aston Martin to replace Mercedes in the DTM

The DTM has confirmed its long-desired Mercedes replacement is planned to come onboard for the 2019 season, as the Aston Martin name joins in a partnership with R-Motorsport and HWA

R-Motorsport has an existing relationship with Aston through its sportscar programme, with the new DTM project licensed by the manufacturer.

The squad has also founded a joint venture with HWA AG - a long-term Mercedes partner in the DTM - which will be responsible for the development, building and running of the DTM cars.

The DTM has confirmed that "development permitting", R-Motorsport will bring a car based on the Aston Martin Vantage road car for the 2019 season.

It brings an end to the DTM's long-running attempts to find a third manufacturer to join Audi and BMW after Mercedes leaves the series at the end of 2018 in favour of Formula E.

Audi and BMW have committed to the DTM for the foreseeable future and had been willing to make 2019 a bridging year by running extra cars to fill the gap left by Mercedes, with customer cars still expected next year.

"This decision of a luxury sports-car manufacturer such as Aston Martin is a historic event for our series and a milestone for the international orientation of DTM," said series boss Gerhard Berger.

Berger added that the growing international ambitions of the DTM, which has now split its calendar by having half its races in Germany and the other five internationally, helped attract Aston. 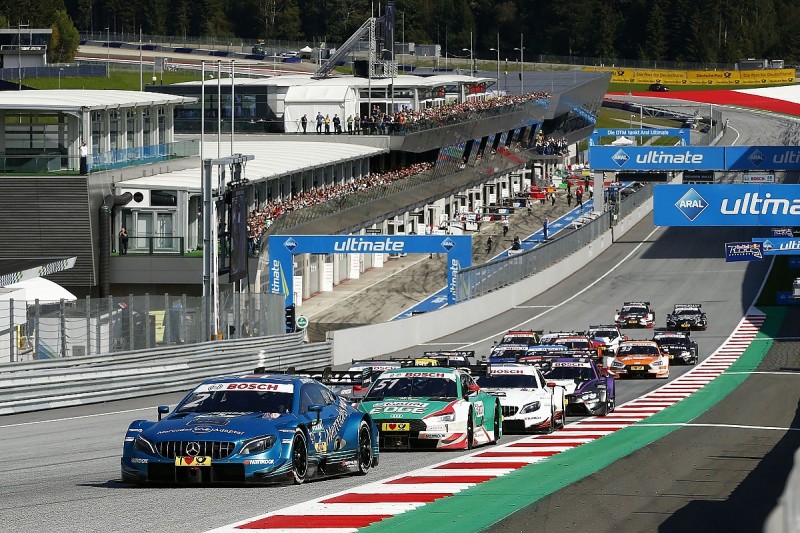 The DTM has also merged with Super GT in regards to its regulations, under the Class One umbrella.

"I am convinced that the internationalisation-orientated cooperation of ITR and GTA [Super GT's organisers] as well as Aston Martin's decision to join DTM will have signalling effects for further manufacturers," he said.

"The cooperation with GTA, the internationalisation of our platform and the acquisition of further brands represent some of our most important strategic goals.

"We will push the international expansion in compliance with teams and manufacturers, a development that is supposed to be underlined by an adaption of the name of the series from 2020."

R-Motorsport team principal Dr Florian Kamelger added: "We are delighted by joining together with Aston Martin in a renowned top series with international orientation.

"Competing with premium manufacturers represents a major challenge for our brand.

"The new technical regulations and the extended international orientations of the series were important reasons for our decision."

"We had tough times and we fought hard, with great support of all the manufacturers involved, [series organiser] ITR and - last but not least - Gerhard Berger," he continued.

BMW motorsport boss Jens Marquardt added that "our trust in the continuity of DTM and the numerous hours we worked jointly with ITR and Audi paid off".