DTM supremo Gerhard Berger says the series must have privateers in 2019, while both Audi and BMW believe it is possible to implement such a measure

The DTM is almost certain to have just two manufacturers on the grid in 2019 as Mercedes will exit the series at the end of the current season for Formula E.

Talks with Super GT over a move to 'Class One' regulations are still ongoing, but uncertainty over future rules led BMW and Audi to suggest the lack of clarity is putting off a Mercedes replacement.

Cost saving measures introduced for 2018, including a common aero package and simplified suspension, have led to suggestions that privateers could be a viable solution - although Mercedes ruled out a continuation through its HWA arm.

"It's a must, you need independent teams," he said. "You need this 'David vs Goliath', that is what fans like to see.

"I think we have the technical base for professional private teams to succeed and make a good result."

Audi added an extra car in Hockenheim to take its total to seven, but admitted it had been a challenge to accommodate Mattias Ekstrom's DTM farewell.

But the manufacturer's head of motorsport Dieter Gass says that privateers outside of Audi are a feasible option.

"I think it [privateers] would need to be looked into for next year," Gass told Autosport.

"There are only two manufacturers so we need to improve the grid [and] it could be privateers.

"If you look at the cost concept it has become increasingly interesting over the past years, we have really significantly reduced the costs.

"Running a private team with up-to-date material is achievable these days and it could be interesting."

BMW's director of motorsport Jens Marquardt said the reduction of costs since it returned to the DTM in 2012 make privateers feasible.

"I think it's definitely feasible, over the course of the last years since we have been involved the costs have come down massively," he told Autosport.

"When we joined I was told by the guys already there that the step made then was around 40%. Throughout the years we've been involved we've made another 30% or 40% reduction overall.

"We are on a good way and you can have private teams involved with a kind of technical support package.

"[The] David vs Goliath kind of set-up is a good one." 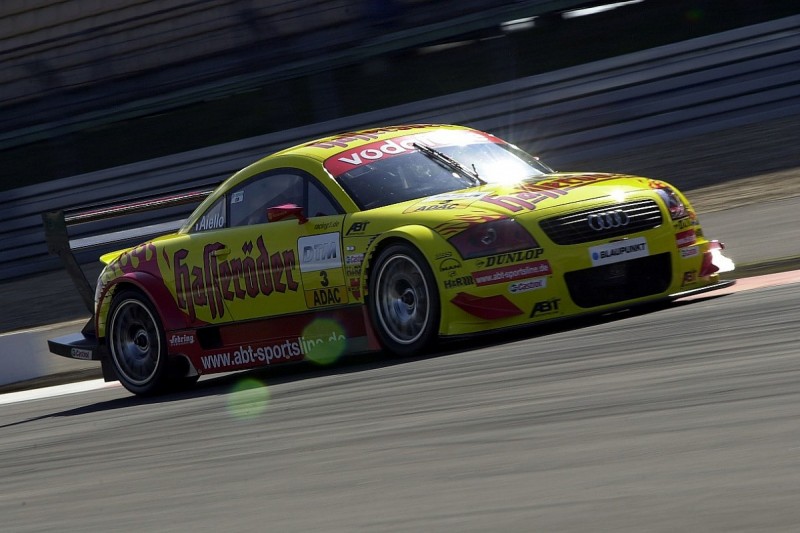 Abt ran with some factory support at the beginning of the century, winning the 2002 title with Laurent Aiello (pictured above) before Audi returned as a full manufacturer in '04.