Porsche driver Thomas Preining says he is “super happy about sitting here in one piece” after a scary moment at Eau Rouge in Saturday’s DTM race at Spa-Francorchamps.

Preining was challenged for second position by the Mercedes of Lucas Auer as they exited La Source on the opening lap, the two running neck-to-neck on the short dash to Eau Rouge.

Auer made slight contact with Preining's Porsche on the entry to the corner, leaving him sideways and over the grass as he went up the hill into Raidillon.

Miraculously, Preining was able to regain control of the car before being pitched into a full spin, with many onlookers describing it as the 'save of the season'.

The momentum the Austrian lost while going off the track meant he dropped to the lower reaches of the top 10 on the run to Les Combes, but after making an early pitstop he was able to recover lost ground and take the final spot on the podium behind race winner Dennis Olsen and Auer's team-mate Maximilian Gotz.

In the second race of the weekend, Preining made a brave move on Gotz's Winward Mercedes at the same Eau Rouge/Raidillon section, before pulling off a pass on Auer just prior to the opening left-hander en route to another third-place finish.

While not wanting to place blame on Auer for their clash in the opening race of the weekend, Preining said the psychological impact of the incident was such that it took him a few laps to recover from it.

"In that moment I was mainly shocked and then glad that nothing happened," the 26-year-old said in the post-race press conference.

"I've had a few moments in my career obviously, normally it's not an issue at all but this one took me a lap or two to process.

"I have to review the footage properly but I was all the way to the left. I was just squeezed a bit too much and ran out of space. And of course after the hit I had quite a bit of spin and I had to save it.

"It's never nice at Eau Rouge if you're sideways with 25 cars behind you, we've seen many things happen in those scenarios.

"I'm very glad we could keep going with no big damage and obviously getting the podium afterwards was good too.

"I'm mainly just super happy about still sitting here in one piece and also the podium." 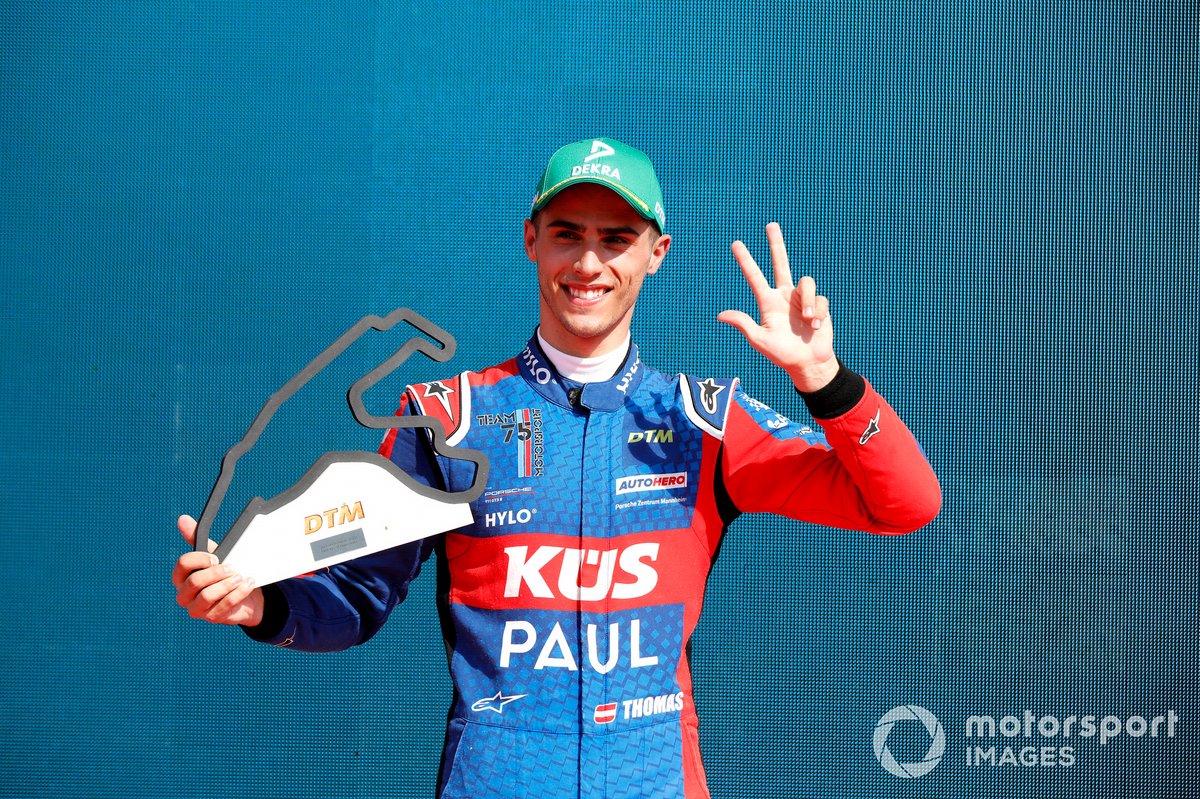 Gotz had a grandstand view of the battle between Preining and Auer and was able to avoid the out-of-control Porsche to move up to third place.

The reigning champion said he was anticipating an incident between the two after neither was willing to yield position on a track that was still wet in places, and accordingly took avoiding action.

"And I thought, 'okay this is going to end up in a spin, crash or whatever' because there was only one dry line.

"And then I lifted already and this moment he spun to the inside and I slowed down a bit to not get hit by him. I got full of dirt on the car, on the windscreen and I put the wipers on.

"It was a massive moment even [watching] on the back side of the thing. But luckily it ended up well.

"If you're behind maybe you see a bit differently to these guys sitting in the end fighting and not wanting to give up. But I was judging it quite nicely because two seconds later it happened."