Porsche will have a full-time representative in the DTM next year, with ADAC GT Masters squad SSR Performance committing to a two-car entry after its Nurburgring one-off outing.

The Munich-based team ran strongly in its wildcard appearance with 2020 GT Masters champion Michael Ammermuller qualifying its Porsche 911 GT3 Rs on the second row in Porsche's first-ever participation in the series.

No announcement regarding the driver line-up was made, but SSR Performance's two Porsches will carry car numbers #92 and #94.

“As a result, it was particularly important for us to get a competitive line-up with two cars on the grid.

“I think that the next weeks and months will be very exciting. There is still a lot of work waiting for us prior to the start of the season at Portimao, but we like challenges.”

At least six full-season manufacturers are expected in the second season of the DTM’s GT3 formula, including the four big German brands Audi, Mercedes, BMW and Porsche.

Audi will be to be represented by at least Abt Sportsline, which has already announced that Nurburgring 24 Hours winner Kelvin van der Linde will stay in the championship for another title assault in 2022. 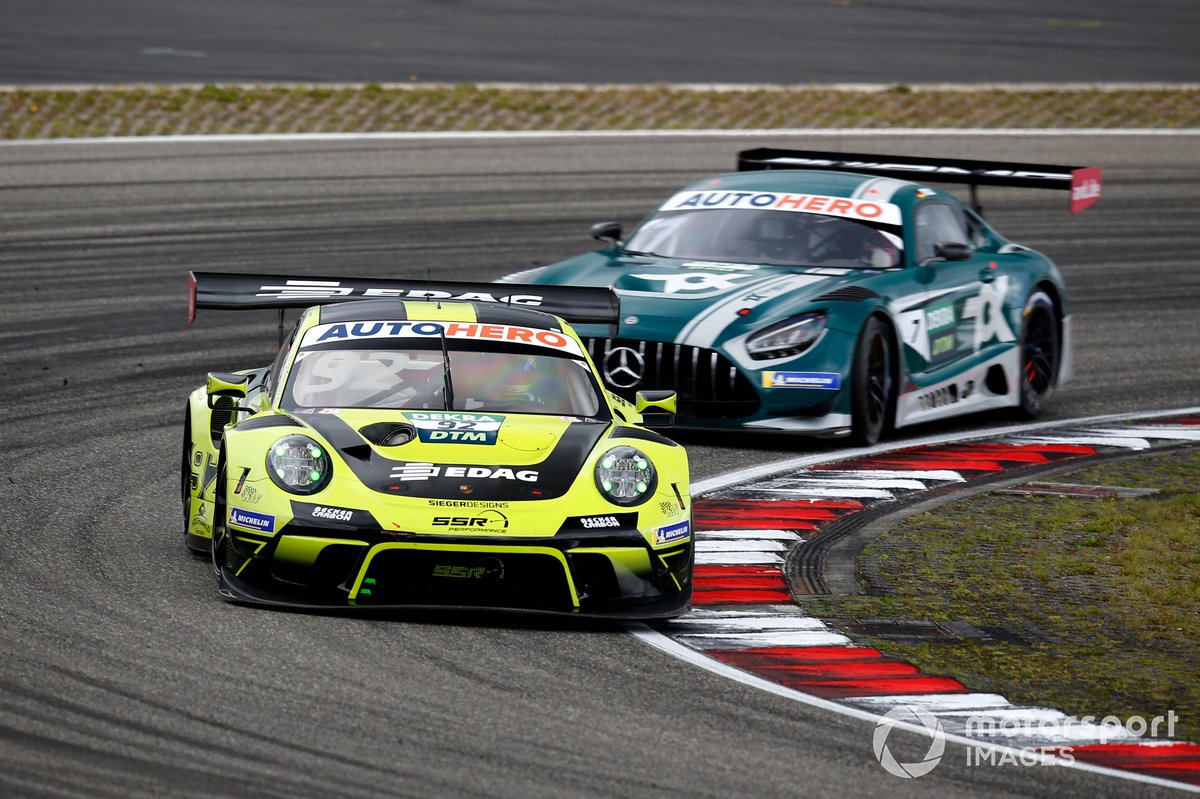 A bumper line-up of Mercedes cars is expected once again, with GruppeM already announcing an expanded two-car entry for the new season.

While no BMW team has committed to the 2022 DTM season so far, the demand for the Bavarian brand's new M4 GT3 racer is expected to be high after an expansive race and test programme in 2021.

Italian supercar brand Lamborghini will provide factory support to Grasser Racing, which will quit all its existing racing programmes to field four Huracan GT3s in the DTM next year.

Red Bull and Ferrari are set to stay on in the category for another year, despite Liam Lawson’s title loss in a controversial Norising finale.

“The entries from the teams for the 2022 DTM are developing in quite an enjoyable manner,” ITR’s managing director Benedikt Bohme.

“We are on a good way to getting to experience an even more exciting season next year.

“Porsche is a legendary sports car brand, SSR Performance is already shining with remarkable titles even as a young team. Together, they will be raising the level of competition in DTM and the appeal for the fans.”

Tomczyk retires from racing to take up new DTM role