The result means the top two drivers in the championship will start on the front row for the second time this weekend, with Maximilian Gotz - the only other contender for the title fight - lining up eight on the grid.

The three bonus points Lawson scored for topping qualifying puts him 19 clear of Lawson with 25 on offer in the race, while Gotz has slipped 22 points behind the AF Corse driver.

In much cooler conditions compared to Saturday, 2016/17 Formula E champion Lucas di Grassi set the early pace in the fourth Abt Sportsline Audi, leading the field after the first runs with a time of 49.327s.

But in the second half of the session the Red Bull-backed pair held the advantage, with Lawson and Alex Albon’s substitute Nick Cassidy trading positions at the top of the timesheets.

Lawson was the first driver to break the 49s barrier in qualifying, posting a time of 48.974s, before Cassidy snatched the top spot with a 48.862s.

But the pole position went to Lawson, the 19-year-old setting purple times in each three sectors en route to a 48.922s, besting his own lap time record from Saturday’s qualifying. 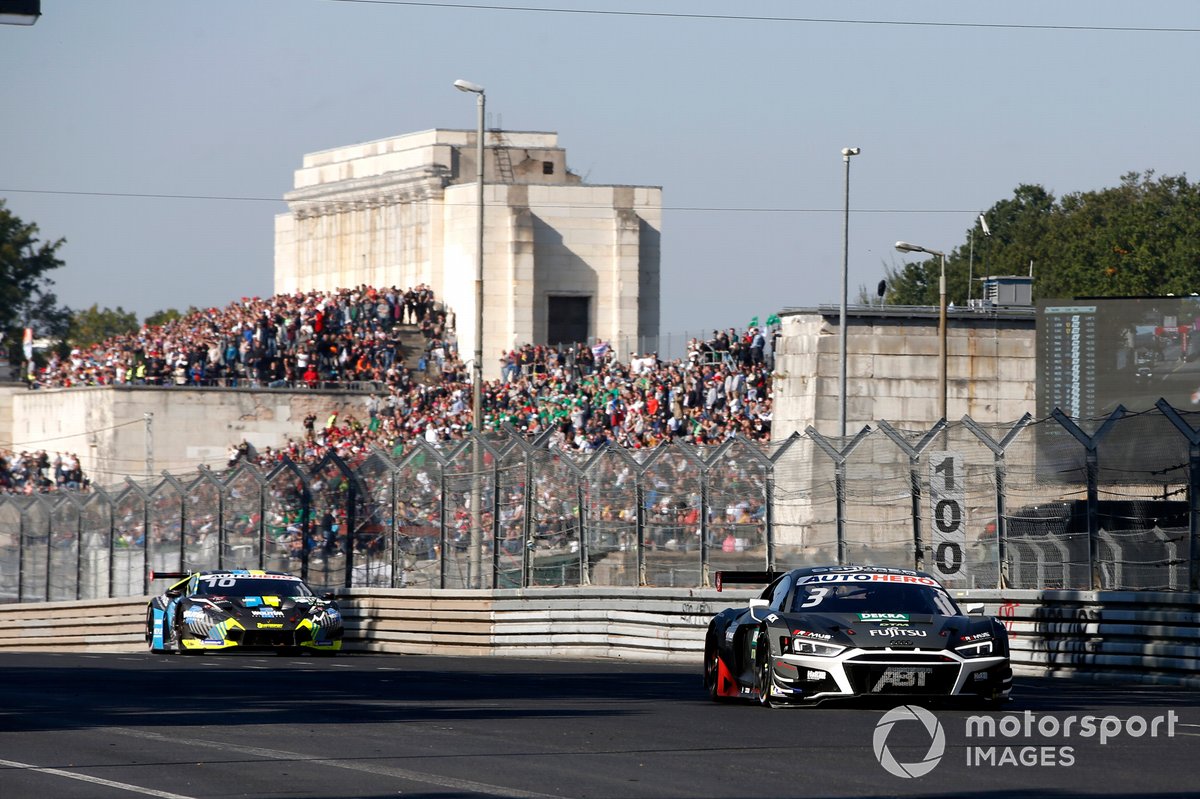 Van der Linde managed to separate the two AF Corse drivers towards the end of the session, but still ended up 0.041s adrift of the points leader with a best time of 48.663s.

Both Lawson and van der Linde brushed the wall at the exit of Turn 7 on their final flying laps, with the former having to abort his lap due to possible damage on his Ferrari.

Third place went to super sub Cassidy, the Envision Virgin Formula E driver ending up exactly a tenth adrift of his teammate in only his second qualifying appearance of the season.

Gotz, who won the opening race on Saturday with a charging drive from fifth on the grid to keep his title hopes alive, now faces an arduous battle to overcome a 22-point deficit to Lawson in the standings.

Behind Gotz, the top 10 was completed by Team Rosberg Audi’s Nico Muller and the Mucke Motorsport Mercedes of Maximilian Buhk.

Di Grassi ended up 14th after the driveshaft on his Audi broke during the middle of qualifying, while Walkenhorst Marco Wittmann qualified places behind in 16th in what is expected to be the final qualifying appearance of the outgoing BMW M6.