Reigning DTM champion Gary Paffett has said that he wants to contest a one-off round in the series next year as a guest driver, after switching to Formula E

Paffett claimed his second DTM crown at the series finale in October on Mercedes' series swansong, after it decided to withdraw from the series for 2019.

Paffett has already switched to Formula E with HWA, which ran the factory Mercedes DTM team, and contested the Ad Diriyah round earlier this month, where he crashed out.

Interviewed for a feature in Autosport magazine, Paffett said: "I actually mentioned it to Uli Fritz [HWA boss] after Hockenheim that I want to come and do a guest race next year just so I can race with a #1 on my car.

"He did consider it, but maybe not... But I think if I push hard enough something good can happen."

Such an appearance could come with the new Aston Martin project, for which HWA is producing the car and the engine as a partner of the R-Motorsport squad that will run it. 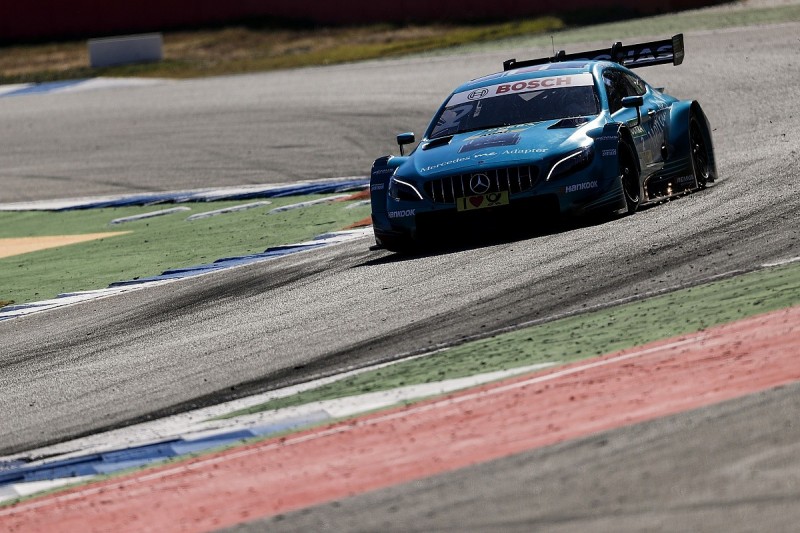 Even if it does not happen, Paffett - who did not defend his first title of 2005 either, instead becoming McLaren Formula 1 test driver - believes that the DTM field is strong enough for it not to require a reigning champion.

"Gerhard Berger [DTM boss] is not very happy because he doesn't have a defending champion racing in the series next year," said Paffett.

"But he's got Rene [Rast] there at least and possibly Paul [di Resta, raced for Mercedes in DTM last year], depending on what he does.

"He's got a list of great drivers still racing in the series, so I'm sure that he will miss a car out there with a #1 on it, but I think the DTM is hopefully going to grow in strength next year.

"For myself, it's unbelievable that I've never actually driven a car with a #1 on it, because I've never stayed in the championship the year after I've won - it doesn't matter whether it's karting or any formula."